Stephanopoulos: “This is Looking a Little Bit Right Now Like a Replay of 2016” 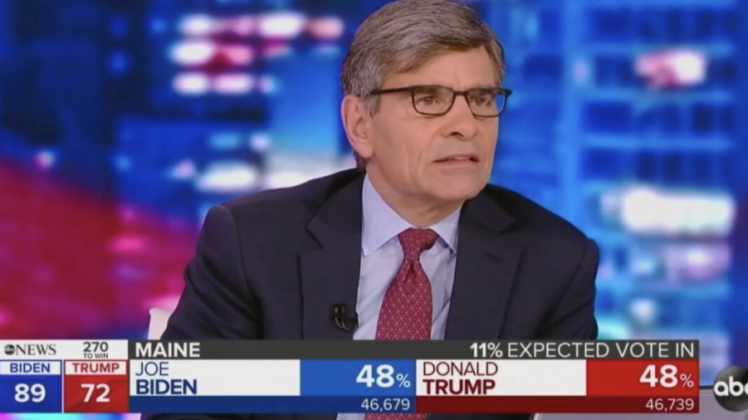 The folks over at ABC News are feeling a bit uneasy.

George Stephanopoulos — while noting that it is indeed still early — drew a parallel between the 2020 presidential race, and its predecessor.

“Maybe a little early to start to play on narratives … but let’s try to do it a little bit,” Stephanopoulos said. “This is looking a little bit right now like a replay of 2016.”

The ABC News anchor noted that his network has not yet called any battlegrounds for either President Donald Trump or former Vice President Joe Biden. Yet, he added, “we haven’t seen any big surprises.”

Chris Christie, appearing as an analyst, said that there is one potential out come which he is now ruling out.

“I think what we now, tonight after 10:00, is the predictions that this was going to be a big Biden win are done,” Christie said. “And really what this is going to come down to now is a few states — Pennsylvania, Ohio, Arizona.”