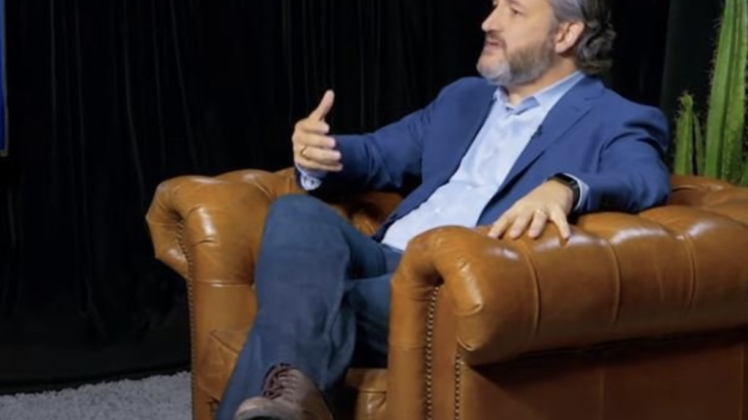 Sen. Ted Cruz (R-TX) denounced former President Trump during the season premiere of his podcast, calling his behavior “both reckless and irresponsible.”

“President Trump’s rhetoric, I think, went way too far over the line. I think it was both reckless and irresponsible because he said repeatedly—and he said over and over again—he won by a landslide; there was massive fraud; it was all stolen everywhere,” Cruz told Daily Wire’s Michael Knowles.

“That evidence, the campaign did not prove that in any court, and to make a determination about an election it has to be based on the evidence, and so simply saying the result you want, that’s not responsible and you’ve never heard me use language like that,” Cruz said.

Knowles did not object or push back against the senator’s remarks – even though President Trump clearly told his supporters to behave peacefully and patriotically.

“What I’ve said is voter fraud is real, and we need to examine the evidence, and look at the actual facts; and in particular, what is the evidence of how much voter fraud occurred, and did it occur in sufficient quantities and in sufficient states to alter the outcome of the election,” Cruz said. “That would have been the mandate of the election commission to assess.”

Cruz also criticized President Trump during an interview with an ABC television affiliate in Houston.

“I disagree with it, and I have disagreed with the president’s language and rhetoric for the last four years,” the Texas Republican added. “If you looked to what I have said, you will not find me say the same language or rhetoric.”

Jim Hoft, publisher of The Gateway Pundit, pointed out that Cruz is going to have a very difficult time garnering support from Trump supporters.

“Senator Cruz is an example of a Republican who will never win a national election and especially moving forward after the 2020 election,” he said. “Democrats BRAZENLY used EVERY TRICK in their bag to steal victory in November 2020.  And they did it without a hint of shame.”