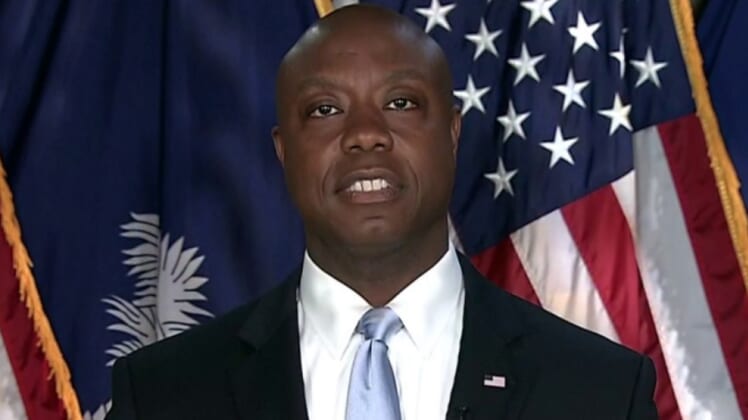 The Democratic official in Texas who called Sen. Tim Scott (R-SC) an “oreo” on social media last week resigned after getting backlash.

O’Connor apologized for calling Scott, who gave the GOP response to President Biden’s address to Congress, a racial slur in a now-deleted post.

“I am deeply and sincerely sorry for my inappropriate and hurtful use of racist term I used to describe Sen. Tim Scott on my personal Facebook page,” O’Connor said in a statement to the Washington Examiner. “It was insensitive, and I have embarrassed myself and my party by its use.”

Texas Republican Party Chairman Allen West called out O’Connor on Twitter for being part of the “party of systemic racism.”

The post came as the phrase “Uncle Tim” trended on Twitter for 11 hours before the Big Tech platform removed it.