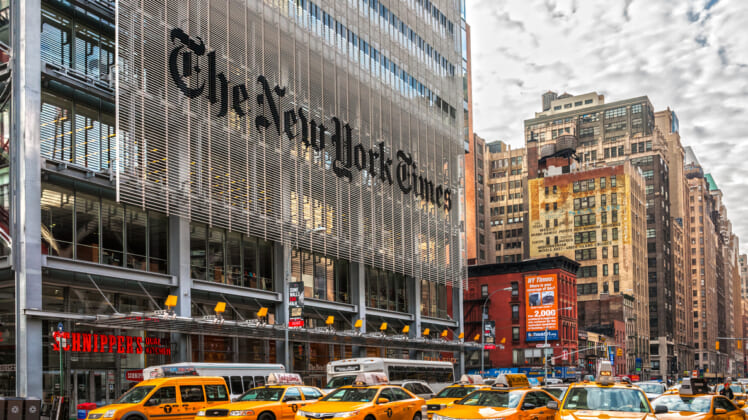 The New York Times blamed several high-profile conservative media personalities – including your friendly neighborhood conservative – for the massacre at the El Paso Walmart.

“How the El Paso Killer Echoed the Incendiary Words of Conservative Media Stars,” read the headline of the depraved report.

The Times reporters were especially troubled because I mentioned that the United States had been invaded by illegal aliens. They referenced a 2014 television interview where I used the word “invasion.”

The newspaper might want to consider upgrading their research team because I’ve been using that word on a regular basis to describe what’s been happening on our southern border.

The only person responsible for the El Paso massacre is the demented monster who pulled the trigger. Anyone with a measure of common sense and decency understands this concept.

But the Mainstream Media has been overrun by a bunch of left-wing propagandists on a mission to silence and destroy anyone who disagrees with their agenda.

Well, I have a message for The New York Times: this is one gun-toting, Bible-clinging Deplorable who refuses to be bullied by a bunch of open-borders, gun-grabbing, godless socialists.

I stand by every single word that I’ve uttered on The Todd Starnes Radio Show and Starnes Country on Fox Nation.

There is absolutely no other way to describe what is happening to our nation. The border has been overrun.

Millions of people from other countries storming across the border of another country without permission is called an invasion. They used to fight wars over that kind of behavior.

I believe our nation has been invaded by a dangerous horde of illegal aliens. Far too many American citizens have been slaughtered on American soil by the illegals.

It’s not my fault that the perpetually offended snowflakes at The New York Times are triggered by the facts.

My radio and television programs are not intended for the politically correct ruling class.