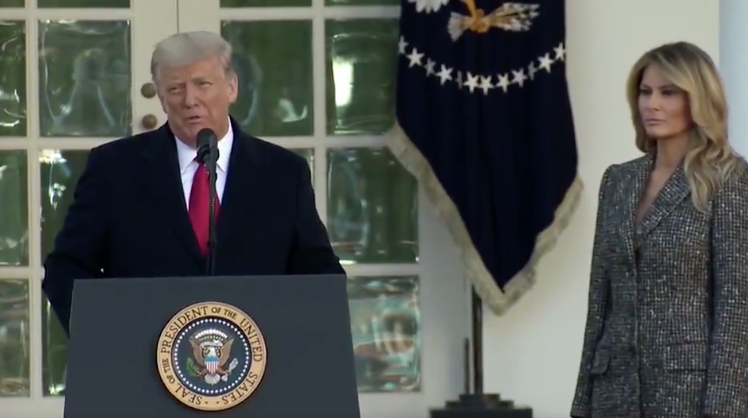 THE PRESIDENT:  Well, thank you very much.  And I just want to congratulate everybody.  The stock market, Dow Jones Industrial Average just hit 30,000, which is the highest in history.  We’ve never broken 30,000.  And that’s despite everything that’s taken place with the pandemic.  I’m very thrilled with what’s happened on the vaccine front.  That’s been absolutely incredible.  It’s — nothing like that has ever happened medically.  And I think people are acknowledging that, and it’s having a big effect.

But the stock market has just broken 30,000.  Never been broken, that number.  That’s a sacred number: 30,000.  Nobody thought they’d ever see it.  That’s the ninth time since the beginning of 2020, and it’s the 48th time that we’ve broken records in — during the Trump administration.  And I just want to congratulate all the people within the administration that worked so hard.  And most importantly, I want to congratulate the people of our country, because there are no people like you. Thank you very much, everybody.  Thank you.”

Today, the Dow Jones average broke 30,000 for the first time in HISTORY!