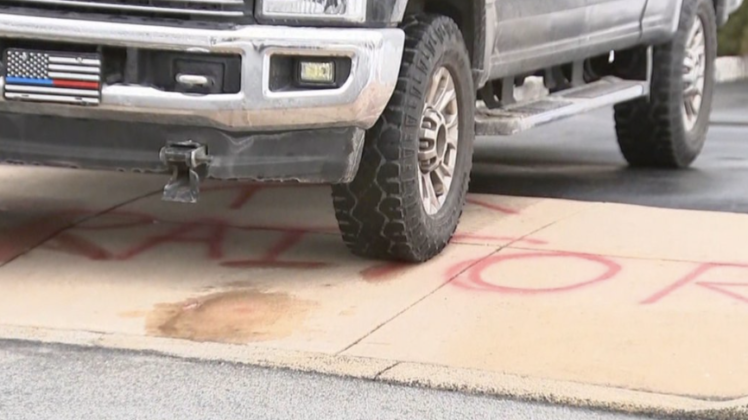 The Pennsylvania home of President Trump’s defense attorney was hit by vandals the other night. Thugs painted, “traitor” on the driveway of Michael van der Veen’s house.

“My entire family, my business, my law firm are under siege right now,” he said.

Meanwhile, demonstrators from the group Refuse Fascism marched outside his law office.

“When van der Veen lies, what do you do? Convict. Convict,” they chanted.

Bruce Castor, who also defended Trump, said he, too, had been targeted.

“My house was the subject of unrest. These people are lawyers and they expect to do their jobs without having fear for their personal safety.”

The Chester County home of Michael van der Veen, one of Donald Trump’s defense attorneys, has been vandalized with the word “traitor” spray-painted at the edge of his driveway. https://t.co/xJczZZzN7C