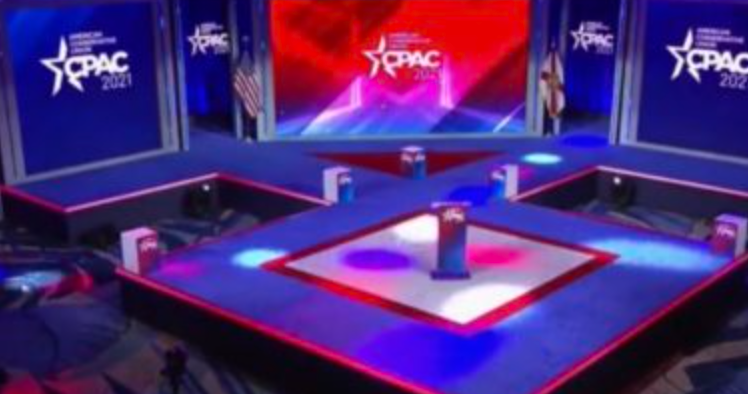 The following is a transcript of Todd’s national radio commentary.

There’s been a lot of controversy over the stage at CPAC. Some say the design bears a striking resemblance to an obscure Nazi symbol.

CPAC was ridiculed brutally by the Mainstream Media. They were accused of sending some sort of covert message – that conservatives harbor Nazi tendencies.

It was all untrue, of course. But that did not matter. The media jumped on the story and the fictional narrative became fact.

But now we know what really happened.

The company that came up with the design is a left-leaning organization with ties to President Biden, MSNBC and Google, The Forward reported exclusively.

“The designs, renderings, drawings, specifications, materials and other documents used or created as part of the proposal are owned by Design Foundry,” the contract between the two organizations read.

The Maryland-based design firm said there was never any intent to create something that resembled a Nazi symbol.

The company said they had “had no idea that the design resembled any symbol, nor was there any intention to create something that did.”

Design Foundry also dismissed reports that the design was deliberate.

They told The Forward “saddened and horrified at the accusations that this was a deliberate act. Design Foundry denounces all hate speech and acts of racism, prejudice, or bigotry in all forms.”

In other words the entire story was a conspiracy ginned up by the Mainstream Media.

Contrary to their reporting, President Trump is not Hitler and Matt Schlapp is not Goebbels.

The great irony is that the radical propagandists who populate many of our national news rooms have much more in common with the Nazis than CPAC does.

Read more about this story and pre-order my new book – Our Daily Biscuit – at ToddStarnes.com.