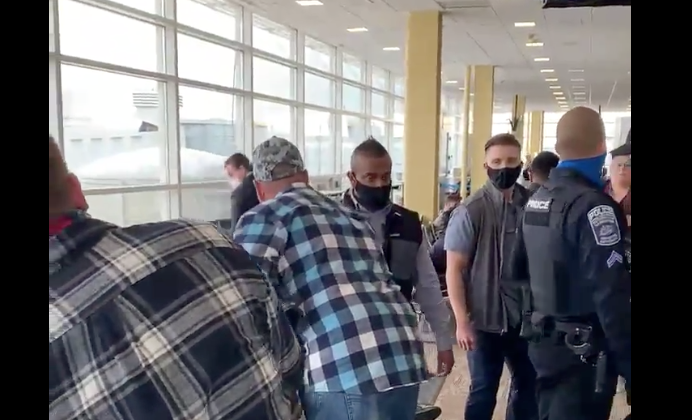 The mob shouted that Graham was a “traitor.” Watch the video below.

A source sends this video of a group of Trump supporters today harassing Sen. Lindsey Graham at Reagan airport and loudly calling him a “traitor” after he publicly broke with Trump earlier this week. pic.twitter.com/XBF8K6DIUD

Lindsey Graham just made the mistake walking by me and a mass of angry patriots at the airport in DC.

All America wants is for you to AUDIT OUR VOTE and purge this election of this massive corruption…and you won’t do it. We’re not letting this “slide” so expect more of this. pic.twitter.com/pbemr2Gcr9