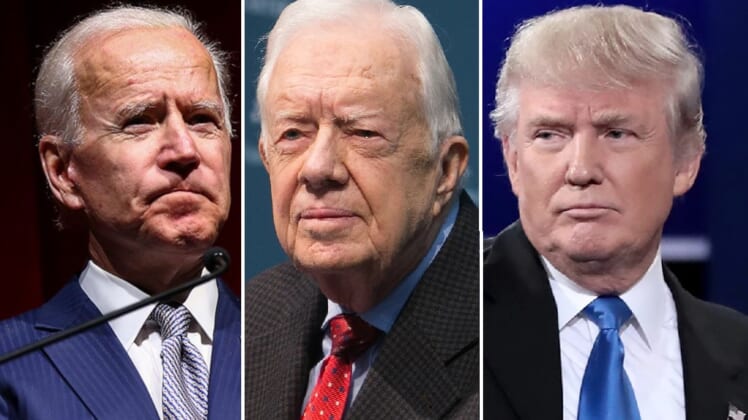 Former President Trump mocked President Biden in a statement Wednesday for the comparisons between him and Jimmy Carter — saying Biden is much worse.

Ronald Reagan defeated Carter in the 1980 presidential election by a landslide, largely due to the incumbent Democrat’s failed leadership at home and abroad.

“Joe Biden has had the worst start of any president in United States history, and someday, they will compare future disasters to the Biden Administration—but no, Jimmy was better!”

Trump’s comments come as many have made the comparisons after the Carters and the Bidens met and took the strange photo with their masks off indoors before the Bidens put their face masks back on for cameras exiting the house.