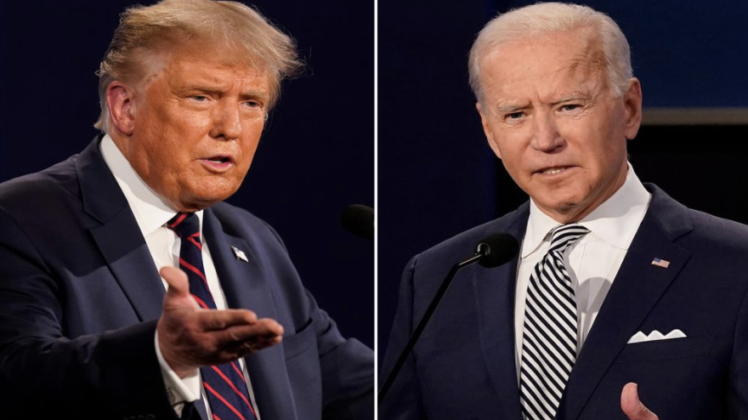 President Joe Biden is either lying or off his rocker after comments he made during Tuesday’s CNN town hall, according to former President Trump.

The 78-year-old Democratic president falsely claimed there was no coronavirus vaccine until he entered the White House.

“It was already in early November when we announced it, but we actually had it substantially before that. We were giving millions of shots and millions of doses,” he said. “So he’s either not telling a truth, or he’s mentally gone, one or the other.”

Trump told Newsmax host Greg Kelly: “Could he be joking? Because, frankly, that was a very dumb statement.”

On Tuesday night Biden claimed: “We got into office and found out the supply, there was no backlog. There was nothing in the refrigerator, figuratively and literally speaking, and there were 1 million doses a day that were available. We’ve upped that, in the first weeks that we were in office, to significantly more than that.”

“It’s one thing to have the vaccine, which we didn’t have when we came into office, but a vaccinator — how do you get the vaccine into someone’s arm? So you need the paraphernalia. You need the needle, and you need mechanisms to be able to get it in. You have to have people who can inject it into people’s arms,” he continued.

“I am no medical expert. I am not a doctor. I have not been trained in the field of medicine, but I can tell you something is not right with that guy,” he said on the Todd Starnes Radio Show Wednesday.

“I don’t know if this is dementia. If this is some other kind of broader issue, but that man is not calling the shots inside the White House … There’s no way that Joe Biden is running the show,” Starnes said.

“It’s very clear to me this man is not qualified to be the leader of the free world. Something is not right there,” he concluded. “The front porch light is on, but nobody’s home.”