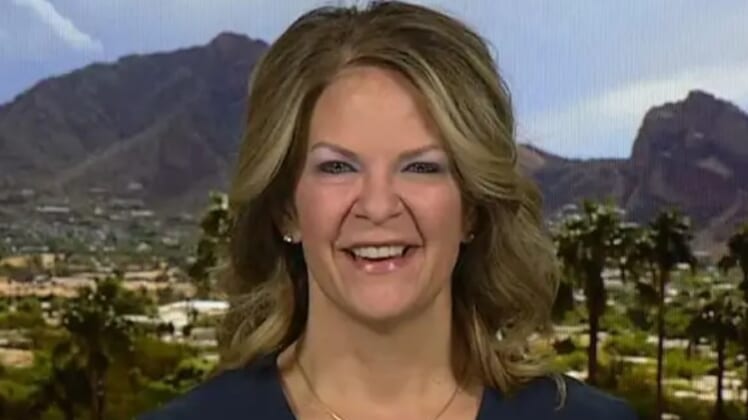 “I do think Arizona will be the first domino to fall and other states will feel empowered and feel like they have support to move forward with their own investigation,” Ward told the Todd Starnes Radio Show.

“It’s never been seen in our country, in our history, this level of manipulation in the electoral process…changing laws, ignoring laws, changing rules, ignoring rules, before, during and after the election,” she said.

“I believe President Trump did win Arizona and did win many other states and did Maricopa County because, remember I’ve been here on the ground…the enthusiasm surrounding President Trump,” Ward said, noting the lack of enthusiasm for Democrats.

“Here in Arizona…Kamala and Joe showed up together and no one showed up to see them, and somehow they miraculously won an election? I don’t think so,” Ward said.

“Donald Trump will be fighting tooth and nail if it comes out that the election was stolen in Arizona,” he added.

The state GOP chair said Democrats are trying to put up every obstacle in the way.

No matter the result, Ward hopes it restores voter confidence in election integrity.

“My hope is that it does show President Trump was the rightful winner of that county and our state, but we don’t know,” Ward concluded. “I hope the media stops trying to manipulate the truth, stops trying to be a propaganda arm of the Democrats, stops trying to delegitimize this process.”

LISTEN TO THE INTERVIEW ON THE TODDCAST PODCAST BELOW: