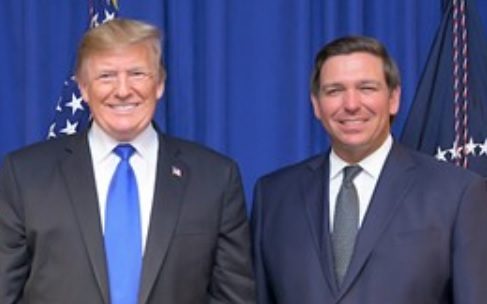 “He’s a friend of mine. I endorsed Ron, and after I endorsed him, he took off like a rocket ship. He’s done a great job as governor,” Trump told host Maria Bartiromo.

“A lot of people like that — you know, I’m just saying what I read and what you read — they love that ticket,” Trump added. “But certainly, Ron would be considered. He’s a great guy.”

The hour-long, wide-ranging interview comes as Trump is expected to start holding “Make America Great Again” rallies as early as May, according to CNN.

A Trump-DeSantis candidacy could be a dream ticket for conservatives.

WATCH THE FULL INTERVIEW BELOW: