Trump Gives Governor His Endorsement — with One Condition 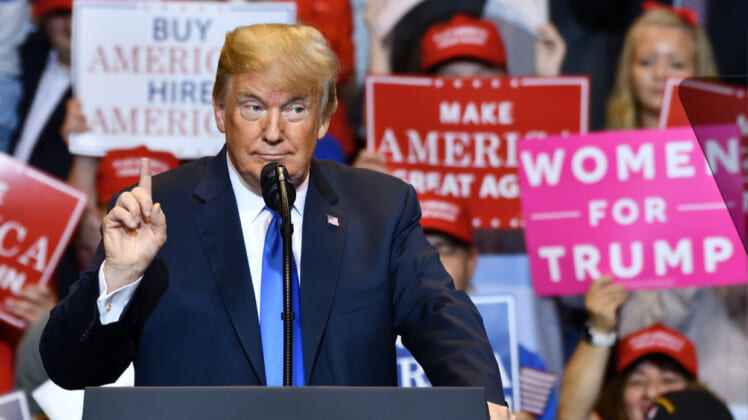 Trump on Tuesday endorsed Alaska Gov. Mike Dunleavy, who is running for reelection. The former president’s support, however, has one condition — don’t back Murkowski.

“Alaska needs Mike Dunleavy as Governor now more than ever,” Trump said in a statement. “He has my Complete and Total Endorsement but, this endorsement is subject to his non-endorsement of Senator Lisa Murkowski who has been very bad for Alaska.

“In other words, if Mike endorses her, which is his prerogative, my endorsement of him is null and void, and of no further force or effect!”

Murkowski was 1 of 7 Republican senators who voted to convict Trump of inciting the Jan. 6 Capitol attack. The former president has vowed political revenge on those Republican lawmakers who voted to impeach or convict him.

Murkowski is the only senator in the group seeking reelection in next year’s midterms.

”Kelly Tshibaka is the candidate who can beat Murkowski — and she will. Kelly is a fighter who stands for Alaska values and America first,” Trump said in June. Continue reading at Newsmax.