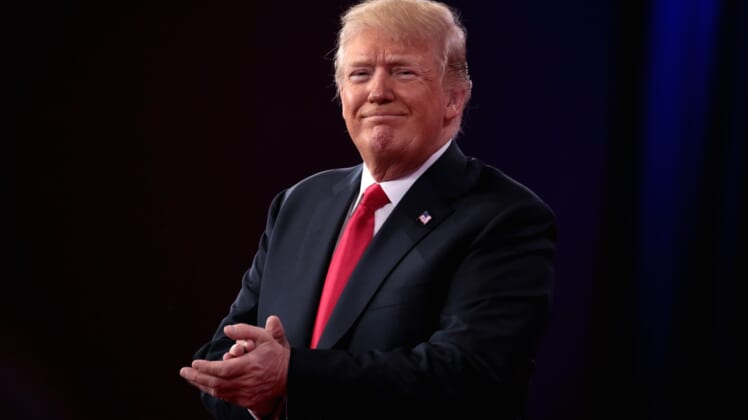 Former President Trump is “really excited” about his impeachment trial defense team’s presentation against the charge of “incitement of insurrection” at the US Capitol, according to a former White House spokesman.

Hogan Gidley spoke to Trump Friday morning, telling the Todd Starnes Show Trump was “really jacked up” and expects to be acquitted “because he knows he’s done nothing wrong and he didn’t incite violence.”

“We talked about the future of the party. We talked about what we were both up to,” he told host Todd Starnes, adding that Trump is in a “good spot” and “enjoying” life at his Mar-a-Lago residence in Florida.

“He literally has been the president of law and order … and he’s keeping an eye on [the trial], to make sure that this country doesn’t go the way of socialism and communism, which is what the Democrats want to have happen,” Gidley said.

Some high profile Republicans, including former US ambassador to the United Nations Nikki Haley, have begun to distance themselves from Trump amid the trial.

Gidley says the anti-Trump sentiment is only inside the Washington beltway.

“I don’t buy it that there are people bailing on Donald Trump, what I think is happening is you get outside this bubble … and you find real Americans, they’re not watching this stupid, political impeachment sham. They’re focused on how do we get our lives back together after this global pandemic,” Gidley said.

“And the people who are running for office…and the ones embracing Donald Trump are the ones who are looking pretty good in these states, in these districts,” he concluded.