Trump ‘Without a Doubt’ Leader of Republican Party: Rep. Jordan 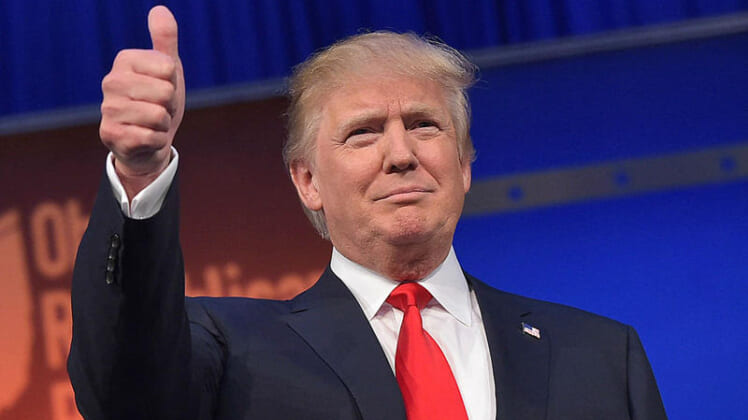 Former President Trump “is one of the most successful presidents ever” despite a second impeachment trial, Rep. Jim Jordan (R-O.H.) told the Todd Starnes Show Wednesday.

“Democrats tried to remove President Trump from office before he got there and now they’re trying to remove him after he’s left,” the staunch Trump supporter stated.

Jordan said Trump is “without a doubt” a leader of the GOP and that’s why Democrats want to make sure he can never run again.

He pointed to Democrats’ failing to acknowledge Trump’s call for his supporters to “peacefully and patriotically” make their voices heard on Jan. 6, and said his Republican colleagues who voted to proceed with impeachment are getting an “earful” from their consitutents.

“It’s not just about canceling the guy we all voted for, it’s about canceling all 74 million of us, and this is a very dangerous road we’re heading down and it’s a road that is frankly filled with hypocrisy because there is no way that the president’s language of that on January 6th meets … incitement standards.”

While many Trump supporters say they would join a third party, Jordan urges them to unite in the GOP and “make sure the Republican Party stays the conservative party, the America First party, stays the party that supports the policies that President Trump put in place over the last four years.”

Trump’s long list of campaign promises – including lowering taxes and reducing regulations, appointing conservative Supreme Court justices, moving the U.S. embassy in Israel to Jerusalem, and bringing hostages home from overseas – has solidified his role as the top contender for 2024.

The conservative representative predicts Republicans will take back the House in 2022 and Trump, if he’s at the top of the ticket, will win the next presidential election.