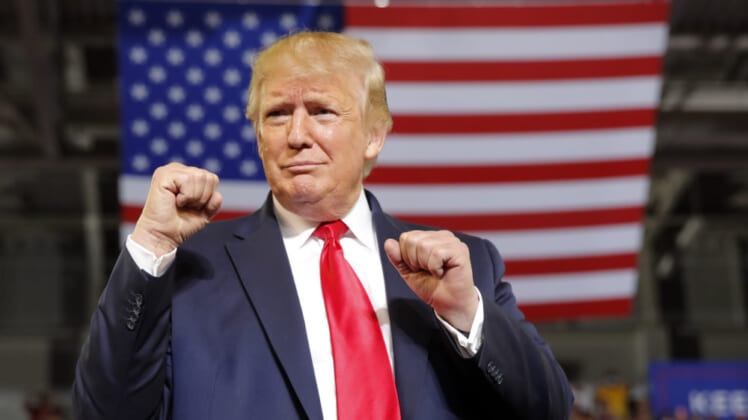 House Republicans who vote to impeach President Trump on allegations that he incited the Capital riots last week could face new challenges to their own re-election prospects, according to a new poll.

John McLaughlin, a pollster from McLaughlin & Associated conducted a poll that included 800 voters from states like Michigan and Florida—battlegrounds—and found that 80 percent of Trump voters and 76 percent of Republicans in general said that they would be less likely to vote for a member of congress who voted in favor of Trump’s impeachment.

Breitbart was first to report on the poll.

The poll also showed that about three-quarters of voters in general believe that the effort by Democrats to impeach Trump with days left of his presidency is simply an effort to eliminate any chance that he could run for office again, the report said.

About 74.2 million Americans voted for Trump in 2020, which marks the greatest vote total ever for a sitting president. The riot at the Capitol last week now threatens his position as the clear leader of the Republican Party, and there has already been cracks in support from his own party.

Kyle Dropp, co-founder and president of Morning Consult, told the magazine that Trump’s role in the “insurrection” is “negatively impacting his future political prospects—even among his base.”

Trump’s supporters insist that he did not inflame tensions and his speech on Jan. 6 was relatively subdued. The president issued a statement on Wednesday urging calm. He said “there must be NO violence, NO lawbreaking and NO vandalism of any kind. This is not what I stand for, and it is not what America stands for. I call on ALL Americans to help ease tensions and calm tempers.”

The Politico poll said that the only other Republican who polled with “clear double-digit” support was Vice President Mike Pence. Eighteen percent said that they would vote for him.