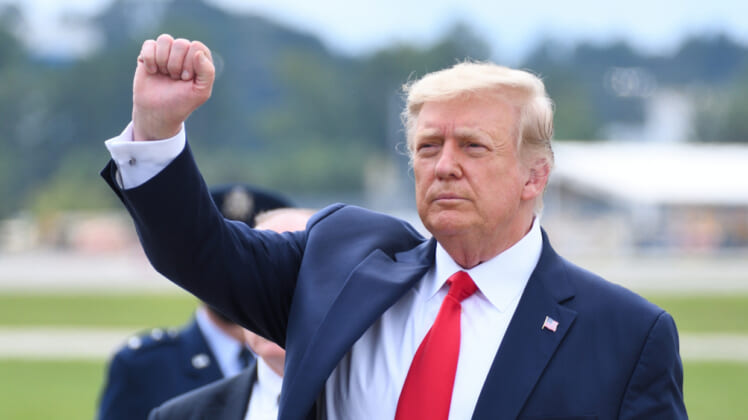 Despite anti-Trump organizations and mainstream media claims, federal police officers did not clear protesters from Washington, D.C.’s Lafayette Park in June 2020 for Trump’s photo opportunity at St. John’s Episcopal Church after it was set on fire.

Instead, police did it so a contractor could install fencing, the investigation from the Interior Department’s inspector general found.

President Biden, then a candidate running against Trump, even pushed the lie, saying Trump was “using the American military against the American people…tear-gassed peaceful protesters and fired rubber bullets. For a photo.”

Biden added: “For our children, for the very soul of our country, we must defeat him. But I mean it when I say this: we can only do it together.”

NBC reports the incident was a central allegation made by Black Lives Matter in a federal lawsuit against the Department of Justice.

“Thank you to the Department of the Interior Inspector General for Completely and Totally exonerating me in the clearing of Lafayette Park!” Trump said in a statement.

“As we have said all along, and it was backed up in today’s highly detailed and professionally written report, our fine Park Police made the decision to clear the park to allow a contractor to safely install antiscale fencing to protect from Antifa rioters, radical BLM protestors, and other violent demonstrators who are causing chaos and death to our cities,” Trump added. “In this instance, they tried burning down the church the day before the clearing. Fortunately, we were there to stop the fire from spreading beyond the basement—and it was our great honor and privilege to do so.”

The Todd Starnes Show host added that Trump “should sue the hell out of every liar at CNN, MSDNC, Lincoln Project, the networks, the Never Trumpers and the Democrats. Lie after lie exposed.”