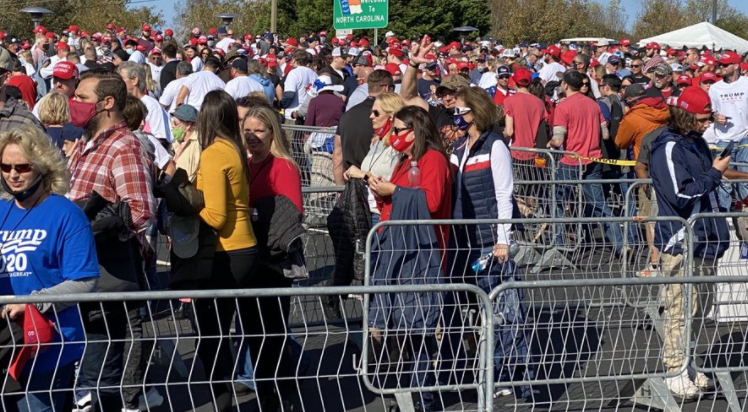 DEVELOPING STORY: There is reportedly a line that stretches nearly three miles – filled with people waiting to get into the Trump rally in Hickory, North Carolina. More than 30,000 people are expected to attend. The Todd Starnes Show Election Team is compiling videos.

Just spoke with NC party chairman. Says there is a 2+ mile line to get in, all parking lots are full, says rally could have 30,000+ people which would be more than Gastonia rally. 15% or so wearing masks @WLOS_13 pic.twitter.com/denTWw3AAR

Line of supporters for President Trump’s Hickory, NC rally is something to behold: pic.twitter.com/5pCjcd6CDb

At least 13,000 people are already here at President Trump’s rally in Hickory, North Carolina, per a Secret Service agent on the scene. The line to get in snakes at least a mile around the airport. pic.twitter.com/2hc4w7c49e

Huge crowd in Hickory, NC for the ⁦@realDonaldTrump⁩ rally this afternoon pic.twitter.com/JzeIQDA3LU