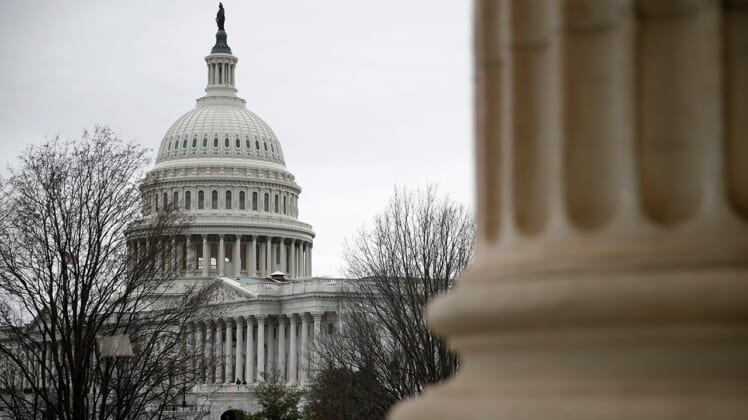 More than half of House Republicans filed a brief supporting the Lone Star State’s lawsuit against four battleground states seeking to block them from voting in the electoral college for allegedly holding illegitimate elections.

Texas Attorney General Ken Paxton filed a lawsuit on Tuesday challenging the election results of Georgia, Michigan, Pennsylvania, and Wisconsin, alleging that they had violated their election laws and arguing that their results should be voided.

At least 18 states have joined Texas in their fight for integrity at the ballot box.

“Missouri, Arkansas, Louisiana, Mississippi, South Carolina and Utah have formally joined Texas in its Supreme Court suit against Georgia, Michigan, Pennsylvania, and Wisconsin—four battleground states who ran illegal and unconstitutional elections,” the state of Texas said in a statement. “The joining states agree with Texas: the defendant states exploited the COVID-19 pandemic to justify unlawfully enacting last-minute changes and ignoring both federal and state election laws, thus skewing the results of the 2020 General Election.”

“Today I made arrangements to file an amicus brief in the Texas case now pending at the Supreme Court on behalf of House Republicans who are all deeply concerned about the integrity of our election system,” Rep. Mike Johnson (R-LA) said on Twitter on Tuesday.

Following are the House Republicans who decided to stand alongside President Trump.

⚖️JUST IN: New amicus brief from 106 Republican House members in support of Texas' bid to overturn President-elect Joe Biden's win in the Supreme Court. Here they are? pic.twitter.com/QLN4jDfoto