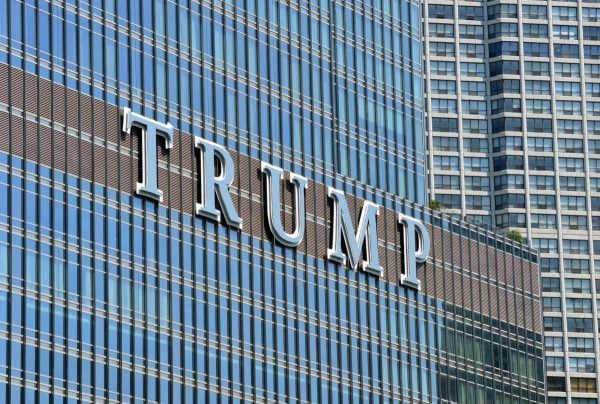 A California university history professor posted a series of Twitter messages calling for President Trump to be hanged and for Republicans to be executed.

“To save American democracy, Trump must hang,” Fresno State University Professor Lars Maischak wrote on his Twitter account in February. “The sooner and the higher, the better.”

“Has anyone started soliciting money and design drafts for a monument honoring the Trump assassin, yet?” the professor asked in an earlier tweet.

The unhinged professor also went after Republicans – tweeting, “Justice = The execution of two Republicans for each deported immigrant.”

Fresno State administrators did not denounce the professor’s inflammatory statements calling for a duly elected president to be executed.

“Statements made on his personal social media accounts are his alone and are not endorsed by nor reflect the position of the University,” Fresno State President Joseph Castro wrote in a statement to the Fresno Bee.

Breitbart News first exposed the professor’s violent threats and Maschak accused the news organization of “character assassination” by taking the tweets out of context.

“The function of articles like the one produced by Breitbart and affiliates is to whip up a digital lynch-mob of people sending threats and insults to my email and Twitter accounts, with the ultimate goal of silencing dissenters,” he told the newspaper.

He went on to tell the newspaper he does not condone violence even though that’s exactly what he advocated in his Twitter feed.

“From the context of the entirety of my tweets, this should be evident to anyone reading them in good faith (as opposed to malicious intent),” he told the newspaper.

In other words, he’s taking the “It all depends on what the definition of hang is” defense.

“What Breitbart meant people to take away, and what they have taken away, is that I advocated for the assassination of Trump,” Maischak told the newspaper.

“What would you do if your country has been hijacked by a gang of crazed homicidal fanatics? You storm the cockpit #Flight93”

“Mercy towards racists was always the fatal weakness of good Americans. 1865, 1965, they left too many of them alive.”

“If only Mary had had an abortion! We would have been spared this Clerical-Fascist crap. #His Glory my ass!”

“You Fascist Trump-voting white trash scum can wallow in your filthy hell-holes of flyover states. Enjoy.”

Republican students at Fresno State have every right to be deeply concerned about their safety and well-being inside that man’s classroom.

The good folks at ABC 30 Action News tracked down the professor to find out the intent of the professor’s violent rhetoric.

Here’s the statement they received from the professor:

“At the moment, based on my conviction that a majority of Americans are committed to Democracy, it, therefore, follows that ‘Trump must hang…,’ with the word ‘must,’ expressing a logical necessity rather than a demand or wish.”

Based on my conviction that a majority of American university professors are committed to the destruction of the Constitution, it, therefore follows that Professor Maischak must be fired along with every other administrator at Fresno State who is complicit in harboring a faculty member who advocates executing our president.

The time has come to take back our public schools and universities. Click here to get a copy of Todd’s new book to learn how to restore American greatness to the classroom!

#TheResistance Has anyone started soliciting money and design drafts for a monument honoring the Trump assassin, yet?