US Chamber of Commerce: We Can Make More American Jobs By Bringing in Foreign Workers 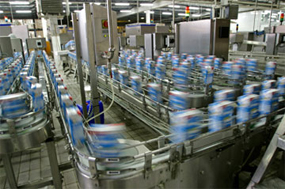 The US Chamber of Commerce released a statement on how they could increase the number of jobs for Americans. The official statement said: “The changes proposed in President Biden’s legislative plan would help many businesses meet their critical workforce needs. Having the world’s most talented and industrious people contribute to our economy drives growth, and in turn, creates jobs for hardworking Americans.”

Biden’s legislative plan they are referring to his new “U.S. Citizenship Act of 2021” and the “world’s most talented and industrious people” meaning migrants.

However, Jessica Vaughan, the policy director at the Center for Immigration Studies, has some issues with this claim.

According to Breit Bart, she said, “[t]he chamber’s companies have shown they want to bring in lower-skilled compliant migrants to take the support jobs created by higher-skilled migrants, even though millions of creative, hard-working, and outspoken Americans are ready to fill both categories of jobs, she said.”

The Chamber is only concerned with filling their own pockets and not those of Americans who have been out of work since March of 2020.

Vaughan also said, “[t]he chamber thinks that Americans who are out of work are not industrious or talented and should be consigned to subsidiary jobs, welfare, and the dole for the rest of their lives.”

Boosting the economy is always important but when countless Americans have been out of work, we need to prioritize those people first before anyone else.