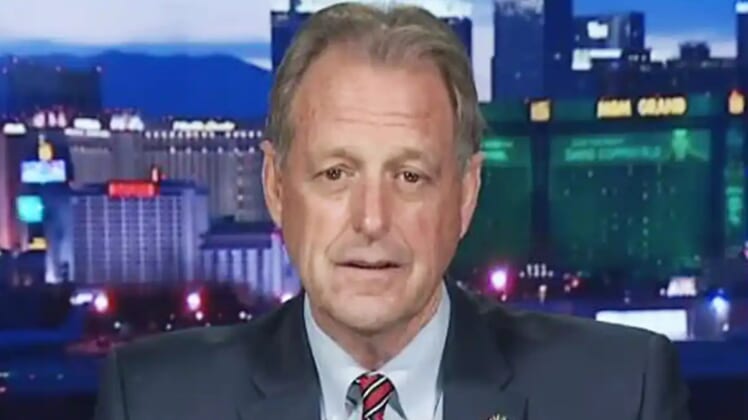 North Las Vegas Mayor John Lee, elected in 2013 as a Democrat, announced this week he is switching to the Republican Party.

He told “Fox & Friends” Tuesday the Democratic Party’s leadership takeover by members of the Democratic Socialists of America was the final tipping point.

“Though I’ve been a registered Democrat on paper my entire life, I made the switch in my heart a long time ago, because on some things, there’s simply no compromise,” he said in a statement.

“That’s why I voted for President Trump twice. That’s why I had an A+ rating from the NRA and their endorsement in my time in the state senate. I refuse to compromise my pro-life, pro-2nd Amendment values. I know there are countless others who want to make the switch, because it means the difference between hope and despair for their children and grandchildren. I hope they join me.”

The announcement has many in Nevada wondering if Lee wants to run for higher office in Nevada.

On his campaign site, he points out he is the most prominent elected official to switch parties since President Biden took office.

He wants to champion “smaller government, lower taxes, free speech, protect unborn life, protect the right to bear arms, and … embrace the spirit of liberty that made America so great in the first place.”

Lee told “Fox & Friends” host Steve Doocy he didn’t leave the Democratic Party, but over the years, it left him.

WATCH THE FOX NEWS INTERVIEW BELOW: