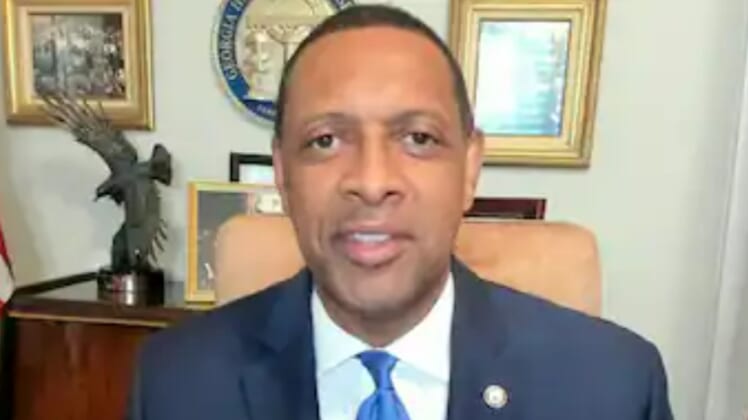 Jones, who supported former President Trump for reelection, told the Todd Starnes Radio Show Wednesday he will fight for Georgians if elected in 2022.

“Georgia wants someone that will stand up to the Left. I’m not afraid of Stacey Abrams. They can’t play that card on me. I look forward to playing that match with her,” Jones told host Todd Starnes.

The former Democratic state lawmaker slammed Kemp for making an agreement with Abrams after she lost the gubernatorial election “that gave Stacey that open season to bring about fraud in our election process.”

“We’re in a mess in this country and we have to save our country, and that’s why I’m running to replace Brian and get back to where we are as a red state and start fight for our constitution in this country,” Jones said.

LISTEN TO THE FULL INTERVIEW BEGINNING AT 54:05 ON THE TODDCAST PODCAST: