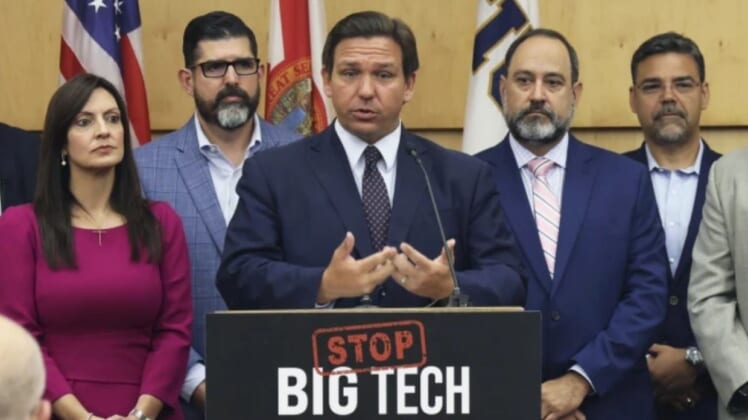 The journalist asked the Republican governor if the bill limiting Big Tech from censoring politicians was intended to benefit former President Trump, a resident of the Sunshine State.

“The bill is for everyday Floridians; this is what we’ve said, and it will allow any Floridian to be able to provide what they’re doing,” DeSantis said.

But what he said next brought those in attendance at the Miami ceremony to their feet.

WATCH THE FULL VIDEO CLIP BELOW:

“But I do think that’s another issue that’s been brought to bear: when you deplatform the President of the United States but you let Ayatollah Khamenei talk about killing Jews, that’s wrong,” he said.

Marina Medvin shared the clip on Twitter, calling him a “STUD,” adding: “This is how you respond to leftist reporters.”