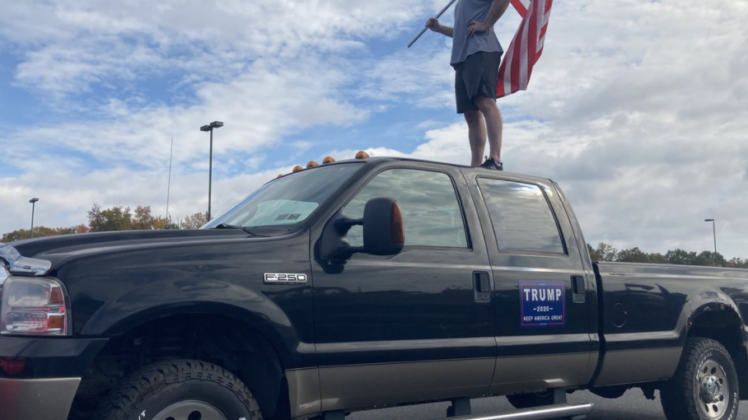 Former Vice President Joe Biden when hundreds of Trump supporters showed up at a drive-in rally in Pennsylvania honking their car and truck horns. Social media reports from the scene indicate there were more Trump supporters than Biden supporters at the rally. Watch the videos our team has compiled and decide for yourself!

An increasingly negative & unmasked @JoeBiden yells to a mostly empty lot, coughs into his bare hand, calls millions of Pennsylvanians who don’t support him “chumps”. A sequel to Hillary’s snobby “deplorable” & “irredeemable” riff. They still think so little of so many Americans https://t.co/i88WquAyoT

Holy cow, these are the Trump voters in Pennsylvania who showed up to Sleepy Joe’s event!

Incredible. The one public appearance Joe Biden does this weekend is a speech in Pennsylvania that immediately turns into a massive Trump rally/car parade/GOTV event. pic.twitter.com/g2DwkxlYWt