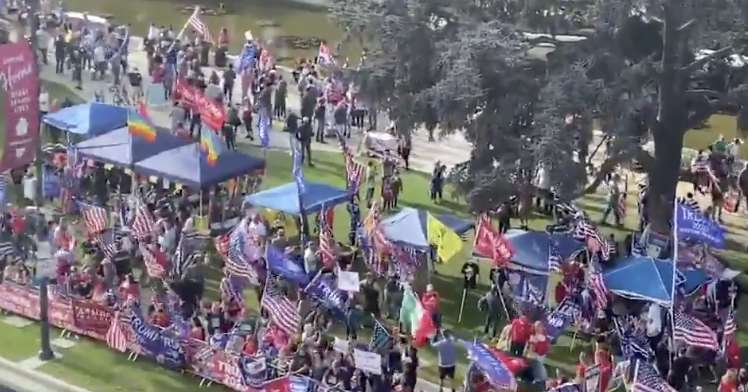 You read that correctly, folks. Thousands of Trump supporters in California!

Three years ago I predicted President Trump would win in a landslide and I stand by that prediction today. Do not believe the polls or the media.

A majority of Americans love this nation and they love this president. They want to make America great again.

President Trump said a red wave is coming — and I think that wave is even going to inundate California. Watch the videos our team has compiled:

This is happening in BEVERLY HILLS

Are we really supposed to believe Biden is up 14 points? pic.twitter.com/IulwWR8eJ6

Thirty minutes in and the Trump “Freedom Rally” in Beverly Hills has attracted its largest crowd to date, by my estimation.

I’ll be covering the rally here, so follow for updates. pic.twitter.com/PooS6NR0oc

@realDonaldTrump California is with you! #MAGA2020 #trump2020 pic.twitter.com/8BLIMQcj9C