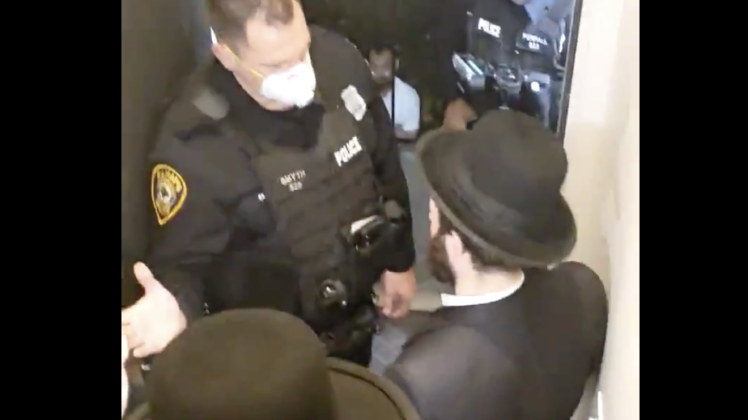 New York Police officers were caught on video harassing a private gathering inside the resident of an Orthodox Jew.

They did this sort of stuff in Nazi Germany. In recent months New York Gov. Andrew Cuomo and NYC Mayor Bill De Blasio have overseen a crackdown on religious gatherings — primarily the city’s Orthodox Jewish population.

Police have been dispatched to break up funerals and even weddings. This is truly heinous, anti-Semitic behavior.

Christians must not be silent. We must stand alongside Jewish Americans. Silence in the face of this sort of evil is evil itself.

Listen to the officer explain it’s a “problem” that he found 10 people in the house.

This is truly Orwellian. Resist this tyranny.pic.twitter.com/uojq8XQsjy