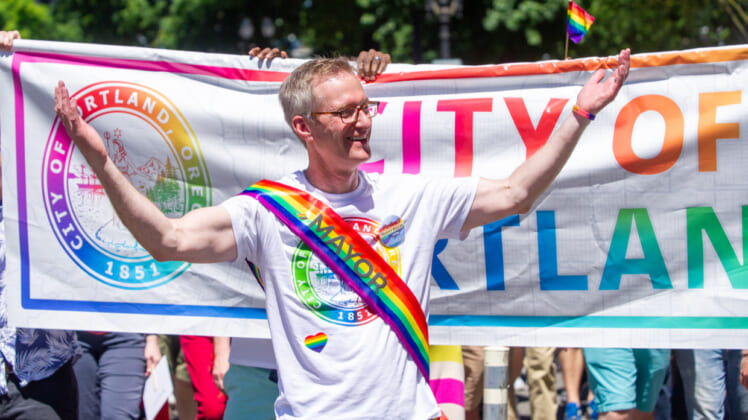 A protester confronted Portland Mayor Ted Wheeler while he was dining with his family at a sushi restaurant Tuesday night, according to local media.

“You gas children in their home,” the protester said.

“That’s not true,” Wheeler responded. “You need to leave and you need to stop.”

The Twitter thread started with Lewis talking about the mayor eating a burger at the Bamboo Sushi restaurant, but the thread quickly escalated into a confrontation where a woman tried throwing unknown substances in bags at Wheeler.

WATCH THE VIDEO OF THE INCIDENT BELOW:

The video ends with the woman telling the mayor an obscene phrase, but she was ultimately escorted out of the restaurant.

Mayor Wheeler has had several similar incidents of being accosted during his public outings.

Wheeler, who originally marched with protesters and rioters himself in 2020, is now condemning the riots. The problem is, it’s too little, too late. Those he at first supported are now largely against him, and Wheeler finds himself in a situation where he can’t eat a burger in peace.