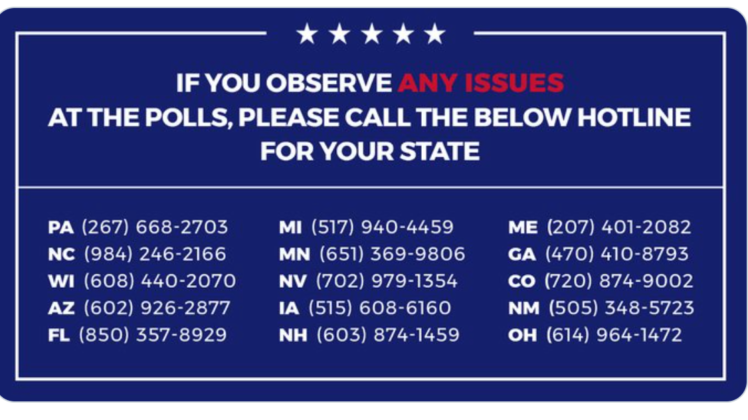 DEVELOPING STORY: The Todd Starnes Show team is monitoring voter shenanigans across the country. We will be updating this live blog throughout the day.

Polls have been open for 2 hours in PA. Here’s what we’ve seen:

But sure, Republicans are the party trying to meddle in elections ¯\_(ツ)_/¯

Oh look! A Democratic committeewoman in north Philly wearing a Biden mask not letting certified Republican poll watchers into a polling place… She ends with "that rule ain't worth being followed" when someone says they should be allowed inside. pic.twitter.com/7646fTi2in

Guess someone forgot their headphones: this speaker is blasting anti-Trump music in earshot of people waiting to vote! #FreeAndFairElections pic.twitter.com/hYVlpl7QXO

Getting texts from multiple PA folks I trust about shenanigans there. Poll watchers excluded from polling places, closed polls in specifically GOP-heavy areas, etc. Silence from the folks screaming that requiring ID or not allowing 10-day-late ballots are voter suppression.

Anyone can report issues at their polling places.

Please use the numbers below to report any observed problem! pic.twitter.com/OjCIHa3ngJ