VIDEO: Thousands and Thousands of Trump Supporters Descend on DC 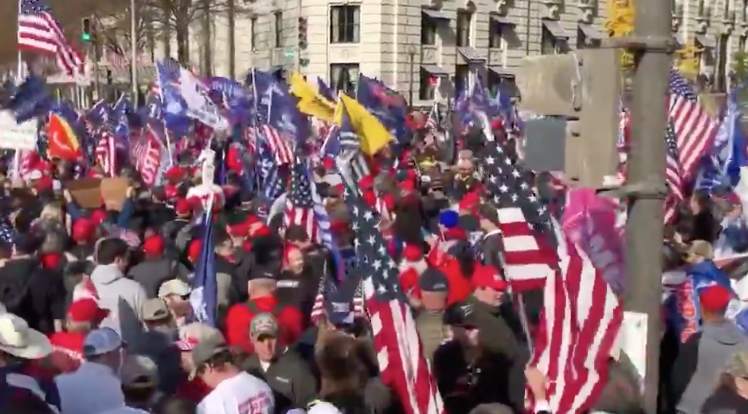 DEVELOPING STORY: Thousands of Trump supporters are gathering in Washington, D.C. today to protest the vote count. We have a team of reporters compiling video from the march and rally.

More video from DC: Thousands of Trump Supporters descend upon Freedom Plaza chanting “WE WANT TRUMP” for the “Stop the Steal” March and Rally in support of President DonaldTrump. pic.twitter.com/uJQEfhpdUG

Meanwhile, in DC. Metro at Metro Center, the closest stop to the meetup spot for the Million MAGA March. A lot of red ball caps on the train, virtually all the traffic is on their way to the event. pic.twitter.com/l3vyYwZTGo

DC: About an hour and a half before start time for the “Stop the Steal”
Rally and March, Trump supporters by the thousands have already begun to pack Freedom Plaza in support of @realDonaldTrump pic.twitter.com/f7jpkwypdc

DC: Thousands of Trump Supporters descend upon Freedom Plaza chanting “USA” for the “Stop the Steal” March and Rally in support of President @realDonaldTrump pic.twitter.com/eGX0SVfJwr