VIDEO: Trump Supporters Beaten By Antifa Terrorists in the Streets of Washington, D.C. 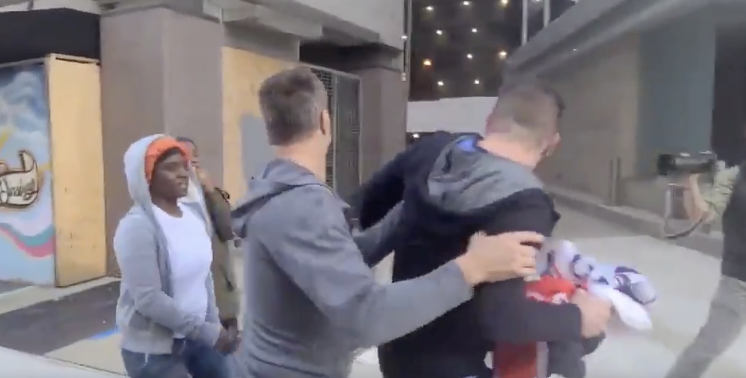 Dozens of Trump supporters were beaten in the streets after Saturday’s massive political rallies in Washington, D.C. Among those targeted were the elderly and families with children.

Antifa is a domestic terrorist organization – the hired muscle of the Democrat Party. And shame on the Mainstream Media for turning a blind eye to these brutal attacks.

Our staff has compiled videos so you can see the brutality for yourself.

BLM-antifa thugs are running around and beating people on the streets in DC. Video by @VenturaReport: pic.twitter.com/GzV5HRN3So

Antifa black bloc in DC beat a man on the head using a stolen flag as a stick. They’re still roaming the streets tonight in packs looking for Trump supporters. Video by @livesmattershow: pic.twitter.com/uY4A0SYcww

things are getting very heated in #BLMPlaza with #Antifa after the #MillionMAGAMarch, Police are now rescuing Trump supporters from the area pic.twitter.com/NB1nIelYwh

A family with children are in tears as they are followed and harassed by antifa. #MillionMAGAMarch pic.twitter.com/Kb8f2sJ1e5

DC: BLM and Antifa threaten and intimidate an elderly Trump Supporter out of BLM Plaza

Unknown liquids can be seen being thrown on the elderly man, also attempts to hit him with an American flag pic.twitter.com/RU9hXGzmD2