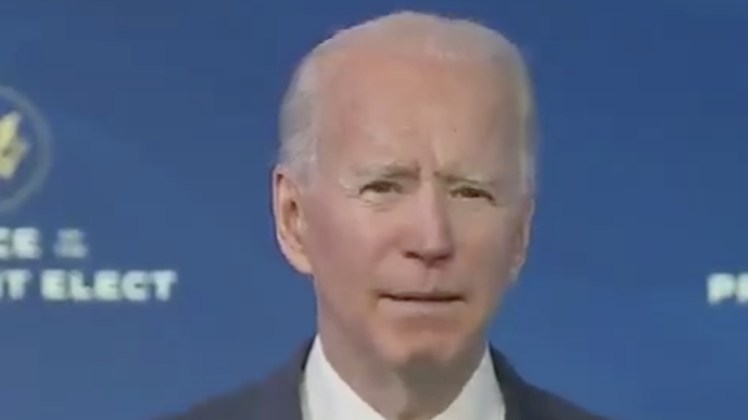 Violent protests broke out Wednesday in Portland and Seattle shortly after President Biden was inaugurated.

The so-called J20 protests were aimed at Biden’s inauguration and also promoted the rights of indigenous peoples, according to Portland’s KPIC.com. The report said that about 100 demonstrators marched to the Democratic Party of Oregon’s office in the city. One of the signs read, “We Are Ungovernable,” and “We Don’t Want Biden, We Want Revenge.”

Andy Ngô, the journalist who documents protests across the U.S., posted video that he said showed protesters targeting the Democratic Party of Oregon headquarters.  The footage was filmed by Julio Rosas, a senior writer at TownHall.com.

One agitator could be seen spray painting on the one-story building and others held up umbrellas to conceal identities. Some of the messages read, “F—k Biden” and “F—k Democrats.” Some protesters smashed the windows. The extent of the damage on the property was unclear, but it appeared some anarchists gained entry.

“They bring weapons while their comrades use umbrellas to block surveillance video,” Ngô wrote.

City police could be seen in another video clashing with the protesters outside the headquarters after announcing on Twitter that anyone who was part of the group was subject to arrest.

The KPIC report said that police made “multiple arrests.”

Authorities in the city said additional demonstrations are scheduled for later tonight.

In Seattle, protesters gathered in the city’s Occidental Park in what KOMO News reported was a “tense demonstration.” The report said multiple windows were shattered at the William Kenzo Nakamura Courthouse. There was a least one arrest for assault, the report said.

The report said that the protesters “targeted” pedestrians who did not join in the demonstration. This particular group was apparently angered by the country’s immigration policies.

Ngô also tweeted footage of the Seattle march that appeared to show anarchists trying to break into various buildings. Another video from the city showed a street sealed off by a large American flag that was set on fire.

These protests broke out hours after Biden appealed to the country to come together during his inauguration.

“Politics doesn’t have to be a raging fire,” Biden said. “Disagreement should not lead to disunion.”