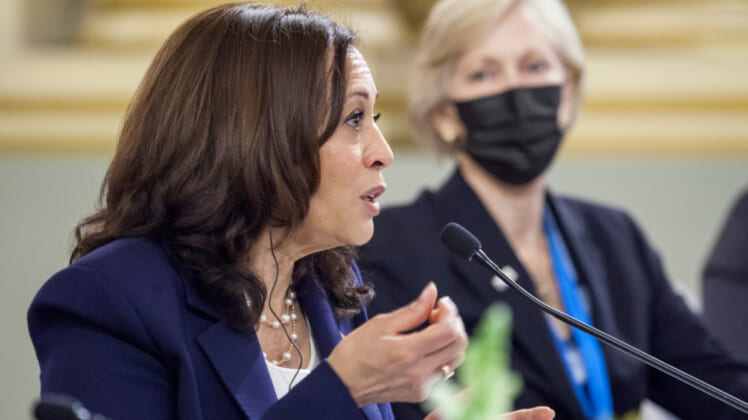 Vice President Kamala Harris (D) had her national security advisor resign, the latest high-profile staffer to leave her office in a revolving door of new appointments.

Tired of Big Tech Censorship? Click here to sign up for Todd’s free newsletter – conservative news and commentary without the censorship.

Deputy Philip Gordon will replace McEldowney and will also serve as an assistant to President Biden.

“This was a difficult decision because I am so deeply committed to the work we do and the crucial national interest we serve,” McEldowney wrote in a memo. “But after more than a year, this is the right decision for my family.”

In a statement from the Office of the Vice President, Harris said she is “deeply grateful to Ambassador Nancy McEldowney for her outstanding service” and “tireless efforts to advance the Biden-Harris Administration’s foreign policy agenda” that has “made a significant positive difference.”

An administrative official told Fox News McEldowney is “most proud” of Harris’ work in addressing the “root causes of migration in Central America,” and “strengthening US partnerships with European allies,” as well as “sustaining allied unity in the face of Russian aggression in Ukraine.”

Gordon served under the Obama administration as a special assistant to the president and White House coordinator for the Middle East, North Africa and the Gulf Region. Gordon also served from 2009 to 2013 as an assistant secretary of State for European and Eurasian Affairs.