WATCH: CNN Publicly Shames Republicans Who Have Not Congratulated Biden 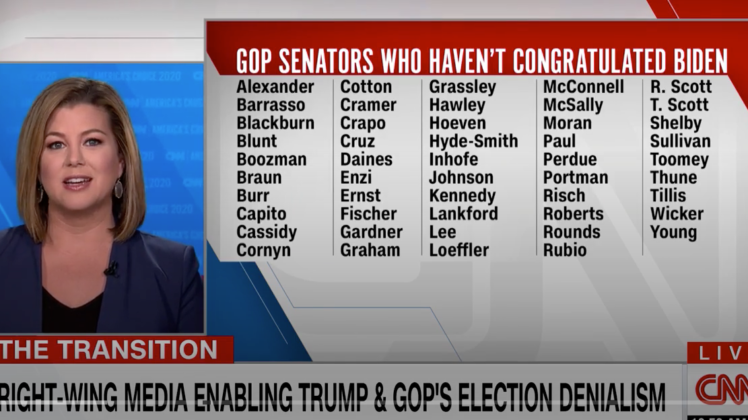 We say allegedly – because votes are still being counted and there are a number of court cases disputing the outcome of the presidential election.

CNN literally listed the names of every Republican senator who did not bow down at the feet of Biden and pledge loyality.

The rest are silent emboldening the president as he refuses to concede,” CNN’s Brianna Keilar sneered.