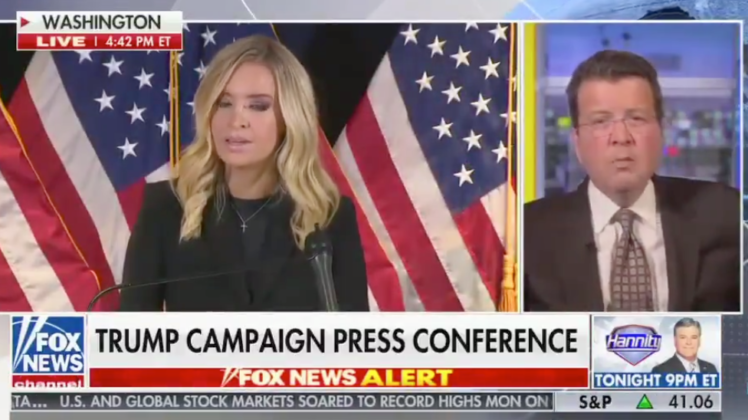 Shortly after her baseless allegation that the Democratic party was “welcoming fraud” and “welcoming illegal voting,” Cavuto jumped in – saying “whoa, whoa, whoa, I just think we have to be very clear.”

Neil Cavuto on Fox just cut off Kayleigh McEnany who was making sweeping claims of fraud at the White House. He said that such claims are unsupported.

Thank you, Neil Cavuto for valuing fact over fiction. Just think if your network had started reporting honestly four years ago. pic.twitter.com/ohH7Q37kQV

Another sign of the Murdoch media world tug-of-war I've been describing: Neil Cavuto cut off Kayleigh McEnany on his show while OTHER Fox shows are promoting the same kind of B.S. she was pushing pic.twitter.com/b5Zl8VWqQh