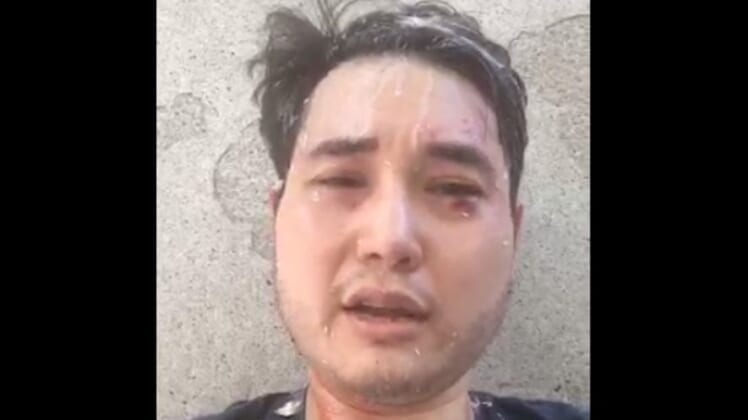 Journalist Andy Ngo was brutally beaten by a raging mob of Antifa protesters in downtown Portland, Oregon on Saturday.

Video footage, which I’ve posted below, shows Mr. Ngo being surrounded by masked Antifa thugs. He was punched multiple times and pelted with milkshakes. laced with quick-dry cement.

Mr. Ngo He was left bloodied and beaten in the street. His gear was also stolen. And the police were nowhere to be seen.

“I just got beat up by the crowd — no police at all — in the middle of the street,” Mr. Ngo said in a Twitter post. “And they stole my GoPro. And they punched me several times in my face and head, and I’m bleeding.”

These are the kind of thugs that are defended by CNN anchors Chris Cuomo and Don Lemon.

In April Cuomo called Antifa a “good cause.”

“You can talk about Antifa, I’ve watched them in streets protesting in different situations, OK?” Cuomo said. “There are certainly aspects of them that are true to a cause, that is a good cause, they want social justice, they want whatever they want in that context.”

First skirmish I’ve seen. Didn’t see how this started, but @MrAndyNgo got roughed up. pic.twitter.com/hDkfQchRhG