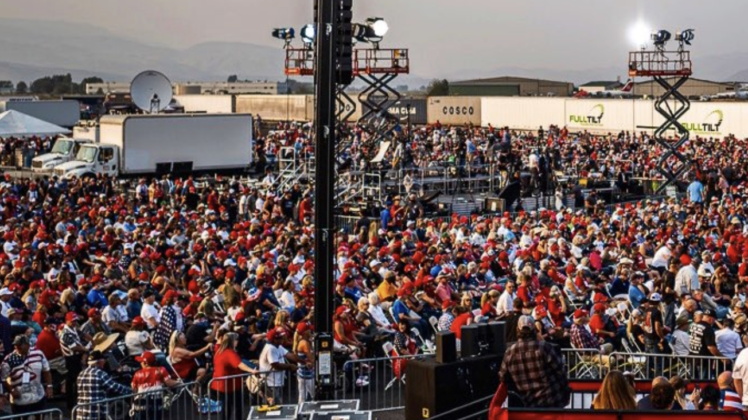 Thousands of people turned out to greet President Trump in Minden, Nevada tonight. What a remarkable crowd. We have compiled some videos and photos of the event.

The original rally had been set to be held at a hangar at the Reno-Tahoe airport. However, the Nevada Independent reports that the event was in violation of a state directive limiting gatherings to 50 people.

“Democrats are trying to keep President Trump from speaking to voters because they know the enthusiasm behind his re-election campaign cannot be matched by Joe Biden — a historically weak candidate controlled by the radical left who could hold a campaign event in a broom closet,” Murtaugh said.

So the campaign traveled 50 miles away to the town of Minden — where thousands of people showed up.

The enthusiasm for Donald Trump is off the charts in Minden, Nevada. pic.twitter.com/EQ1YLgQvhZ

Democrat run Nevada shut down his rally, so President Trump is having another "Peaceful Protest"!?pic.twitter.com/KCA5AVbOuJ

It is absolutely packed at the Minden-Tahoe airport ahead of the president’s rally tonight. Several attendees tell me they came from nearby California. Nevada is a battleground state Trump lost in 2016 but remains competitive in 2020. pic.twitter.com/0ceG6hPTve