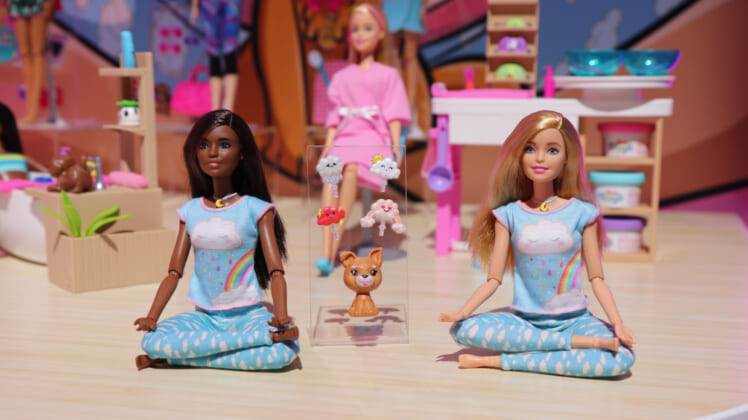 A Christian influencer who shares her faith perspectives on social media is under fire for warning that yoga, specifically a yoga-themed Barbie doll that is advertised as leading children through “guided meditations,” isn’t a good idea for children.

Todd’s new book makes a great addition to your library — Culture Jihad: How to Stop the Left From Killing a Nation. Available right now at ToddStarnes.com.

The New York Post said the influencer, Yasmeen Suri, who also is an author, speaker and singer, recently posted a warning about a “Breathe With Me” Barbie.

The Post said she’s now “being trolled” on social media, and explained the mockery included a statement form “Eva De Metal,” who said, “This is why is (sic) SUPER IMPORTANT to ask for help when your (sic) are having problemas (sic) with your mental health…”

Suri, while expressing a perspective that certainly triggers the “tolerance” sensors among leftists, wasn’t entirely new in her perspective.

Her comments, which drew 73,000 likes and 47,000 shares as of Monday, said such influences could lead children to be “possessed by demons.”

Mattel, maker of the doll, said it is to help children “practice self-care” and “inspire mindfulness.”

In boxes in stores, the doll sits cross-legged next to a dog, and wears a crescent moon-shaped necklace charm with a button that, when pressed, recites guided meditations.

“Satan always comes as appearing innocent. He will never come with horns and a pitchfork,” Suri explained. “Yoga IS Hinduism. You cannot separate the poses from the religion. Each pose is designed to invoke a hindu deity in the spirit realm.”

Trudie Macfarlane mocked her, with, “My daughter has recently been doing yoga, it’s been really good for her. Enjoying the red tint in her eyes too, brings a nice ambience to the room.”

She responded, “There are some professing Christians that have no issues with the teachings behind yoga and there are some that do. I am one that does. Yes, I do believe when we open ourselves up to occult-based practices, there are dangers of demonic activity.”

WND reported not long ago when the Greek Orthodox Church issued a statement that yoga has no place “in the life of Christians.”

Also, several public schools in Ohio agreed to exclude the belief system from their classrooms when more than 100 local pastors told state officials coercing children to practice a “form of Eastern religion” violated the First Amendment.

“Yoga is not merely an external physical practice with a purely physiological effect, but rather an internal spiritual practice advertised as being able to provide the power to change an individual and transform the world,” the pastors argued.

And Pastor John Lindell of the 10,500-member James River Church said the yoga positions were “created with demonic intent to open you up to demonic power because Hinduism is demonic.”