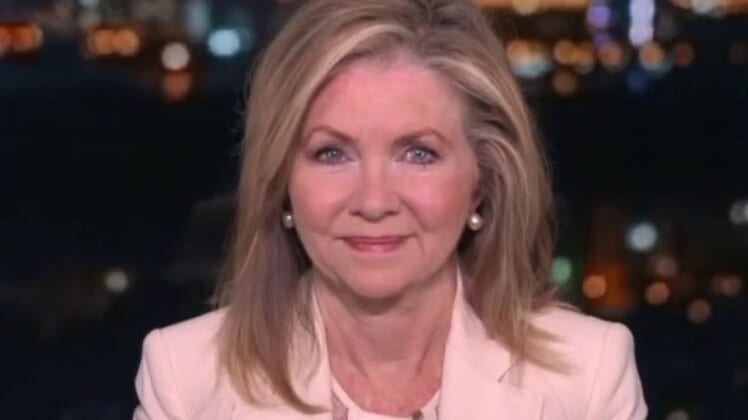 “The leftist base got exactly what they wanted out of Joe Biden last night which was a promise to double down on all of these failed policies of the past,” Blackburn said.

“You have President Biden who promised we would be heading into a dark winter,” said host Todd Starnes. “I know the media said it was an uplifting speech. I don’t know what they were watching; that wasn’t what I saw.”

Blackburn and Starnes went on to discuss Biden quoting FDR and the national debt which wasn’t mentioned in Biden’s speech last night.

“When he started quoting FDR my eyebrows just raised,” said Starnes. “Then when you look on the price tag on this you understand what’s about to happen to this country. We’re talking about jobs being funded by our tax dollars. We are not talking about people going out and starting new businesses. It’s going to end up with more people in the unemployment line.”

“Since he was sworn in on January 20th, they have already spent about six trillion dollars,” said Blackburn.

“When George Bush left office we were complaining about having 10.6 trillion dollars in debt,” continued Blackburn. “And that is all the debt our country had built up from the time of George Washington to George W. Bush. And then he turns over the White House to President Obama. President Obama and Joe Biden during their eight years in office nearly doubled the nation’s debt.”

When it comes to Sen. Tim Scott’s rebuttal speech, both Blackburn and Starnes agreed it was well done.

“It was absolutely so beautifully delivered,” said Blackburn. “He had worked hard on that speech. He had done such a significant job of pulling his thoughts together. He said so much more that was meaningful in his 15 minutes then Biden said in an hour.”

LISTEN TO THE INTERVIEW BELOW ON THE TODDCAST PODDCAST: