A Conservative Woman Offers Advice for American Men: “Be Masculine” 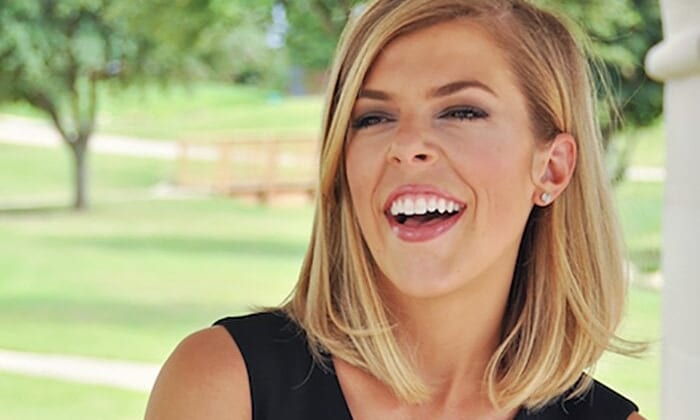 Conservative millennial Allie Stuckey has a message for American men: be masculine.

Joining The Todd Starnes Show Tuesday to discuss her recent video on toxic masculinity for Prager University, Stuckey called out the feminist left for “demonizing all men” as part of the #MeToo movement and painting all men as “complicit in abuse or guilty of abuse simply because of their masculinity.”

“I just wanted to draw our attention to the positive effects that good responsible masculinity has had throughout the ages,” Stuckey said about her video which has garnered nearly four million views since its release on August 6.

“Just like I would raise my daughter to be a strong responsible young woman in her own unique way,” she continued, “I want to be able to raise my boys in a way that allows them to use their masculinity for good, for protection, for provision, for the things that men do uniquely well, and unfortunately that line of thinking is becoming vilified by society, and I wanted to speak out against it.”

Stuckey, who hosts a podcast on CRTV, said that feminists box themselves into a paradox by saying that men should take a step back to allow women to take over, while at the same time saying that women are strong enough to do everything on their own.

“There’s this kind of contradictory narrative that you get from the feminist left that says men need to simultaneously take a back seat,” Stuckey said, “and oh by the way, women are powerful enough to do everything ourselves.  You can’t have it both ways.”

Stuckey compared the tactics of the feminist left to George Orwell’s novel 1984, and called their attempt to “make a bunch of ‘theys’” and blur the lines between men and women, “extremely Orwellian.”

“We’re going towards that kind of Orwellian dystopia in an effort for what the left would say is complete equality,” she told Fox Radio’s Starnes. “But I would say equality of misery, equality of confusion, it’s equality of not having a singular identity, but having a mass identity. They think that that is going to lead to peace and happiness that I think as we see prophetically in 1984, it actually leads to tyranny.”