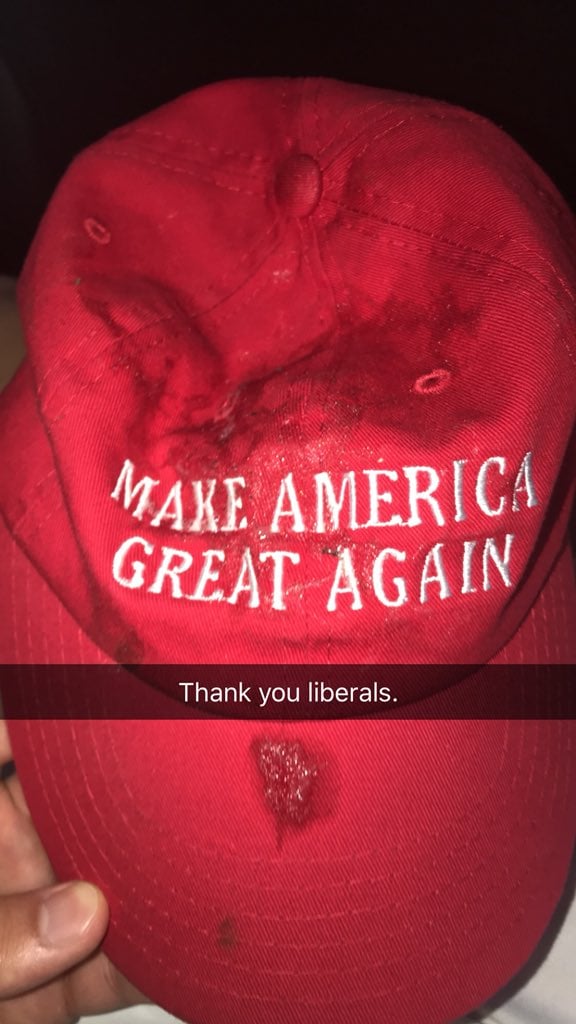 A teenage wearing a “Make America Great Again” ball cap was attacked by a pair of anti-Trump thugs outside of Starbucks Reserve Roastery in Seattle — and some of the altercation was captured on video.

Ashton Hess, from O’Fallon, Illinois, tells me he was vacationing with his family when the altercation happened.


“We were waiting for an Uber when I was hit in the head,” the 17-year-old said. “My hat was knocked on the ground and picked up by the girl you see at the beginning of the video.”

All the while, the green-haired non-binary thug unleashed a string of profanities at the Missouri family.

“Get the f*** out of this city,” the clearly unhinged creep screamed.

Ashton’s dad and brother started walking after the predator and that’s when the coward took off running.

Ashton, who is active in conservative political causes, said he will not be deterred by the angry outburst.


“The Left doesn’t care about who you are or what you stand for,” Ashton wrote on YouTube. “The Left only knows that you must be evil.”

Ashton will be a guest Monday on the Todd Starnes Radio Show. Click here to listen.