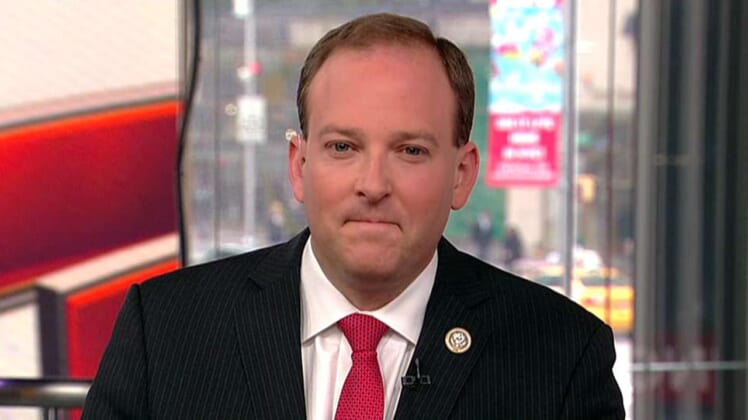 Rep. Lee Zeldin (R-NY) and his campaign team are the latest conservative lawmaker to face threats over his support for President Trump.

Zeldin called into the Todd Starnes Radio Show to describe ugly political attacks on his campaign volunteers as well as his family.

The most recent incident involved a campaign volunteer who was nearly run over by a leftist goon outside the Zeldin campaign office in New York.

“When the person saw a ‘Make America Great Again’ hat inside the car, he became even more incensed, threatening to kill my campaign volunteer, to kill all supporters of President Trump and myself,” Zeldin said.

The New York congressman then told Starnes that “my campaign volunteer got out of the car because he was in a bad position with the person standing over him leaning in, and then the person gets in his vehicle, and nearly hits him.”

“The campaign volunteer had to dive out of the way to avoid getting hit. The gentlemen then gets arrested, spends the night, is charged with a felony for making a terroristic threat, and a misdemeanor for reckless endangerment,” Zeldin said.

Emphasizing the role that political leaders have played in fostering a culture that allows for this kind of harassment, Zeldin called on Democrat leaders to “calm their people down” and to tell their followers “what lines not to cross.”

“What happened to Steve Scalise would have been an incident where two dozen members of Congress were killed that day if not for the Capitol Police being there and reacting the way that they did,” Zeldin said. “That moment should have been a wake up call.”

Zeldin said that it seems to him, with people like Maxine Waters calling for the public harassment of conservative figures, that these fights are more important than “winning an election in November.”

He noted that he had received many threats, that had targeted him, his wife, his daughters and “some of the stuff that has been said has been quite sick.”

“This was not an issue until President Trump was elected,” Zeldin said.

Just remember that it was Congresswoman Maxine Waters and Washington Post columnist Jennifer Rubin who stirred up these leftist goons and ordered them to harass conservatives.