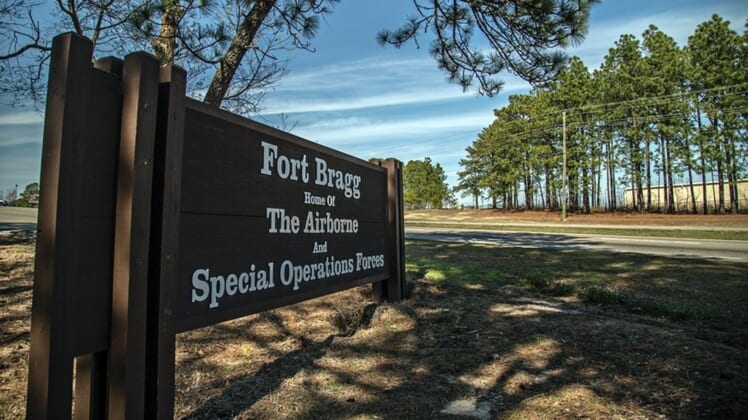 The military careers of an Army chaplain and his assistant, accused of discriminating against a same-sex couple, have been left in limbo because their commanding general refuses to resolve the issue.

An investigation conducted by Fort Bragg determined that Chaplain Scott Squires, who is endorsed by the Southern Baptist Convention’s North American Mission Board (NAMB), had discriminated against the soldier based on her sexual orientation.

The Southern Baptists forbid their chaplains from facilitating marriage retreats that include same-sex couples. Click here to read our original story.

When Squires realized he could not participate, he rescheduled the event to accommodate the lesbian couple with a chaplain who could oversee the retreat. But apparently that was not good enough.

Chaplain Assistant Kacie Griffin was also accused of discrimination because she did not immediately sign up the same-sex couple for the retreat.

Her immediate supervisor found that she had done nothing wrong. However, the soldier who filed the complaint appealed the decision.

“Griffin informed Chaplain Squires of the application and informed the applicant that Chaplain Squires would speak with her. For this purely administrative act, an Army investigator determined she ‘gave the impression she was not eligible for the event’ and should be reprimanded for failing to ‘timely answer’ her question,” First Liberty Institute attorney Michael Berry said.

First Liberty Institute, a law firm that specializes in religious liberty cases, is representing Squires and the chaplain assistant.

The problem is that Major General Kurt Sonntag refuses to make a final determination in the case, Berry said on the Todd Starnes Radio Show.

“Major General Sonntag is expected to make life and death decisions for those under his command, and yet he refuses to make a simple decision that would allow this highly qualified chaplain assistant to obtain her college degree and become an officer,” Berry said.  “There can be no other explanation for this indecision except for an anti-religious bias that has no place in the U.S. Army.”

It turns out that Griffin had been selected for the Army’s prestigious Green-to-Gold program. But she was recently informed that she will not be able to participate until the investigation has been concluded.

“SSG Griffin had what amounts to a full-ride scholarship to attend college and become a commissioned officer in the U.S. Army,” says Berry. “Because of this unfounded complaint and MG Sonntag’s intentional refusal to render a decision, she may never go to college, let alone become an officer.”

There is speculation within the Army and at Fort Bragg that Major Gen. Sonntag is fearful that whatever decision he makes there is going to be some blowback, the attorney suggested.

“He’s a general. He wears stars on his collar and he’s put in that position to make difficult decisions. If he can’t make the decisions – somebody in charge – maybe the commander in chief – needs to relieve him of his duties,” Berry said.

By the way – about that marriage retreat.

First Liberty Institute said Chaplain Squires went out of his way to reschedule the marriage retreat to ensure that the same-sex couple could participate. Another chaplain was even selected to lead the event. The couple signed up to attend – but they never showed up.

Does First Liberty Institute believe Chaplain Squires and his assistant were the victims of a set-up?

“People can draw their own conclusions as to why the couple did not attend,” Berry said.