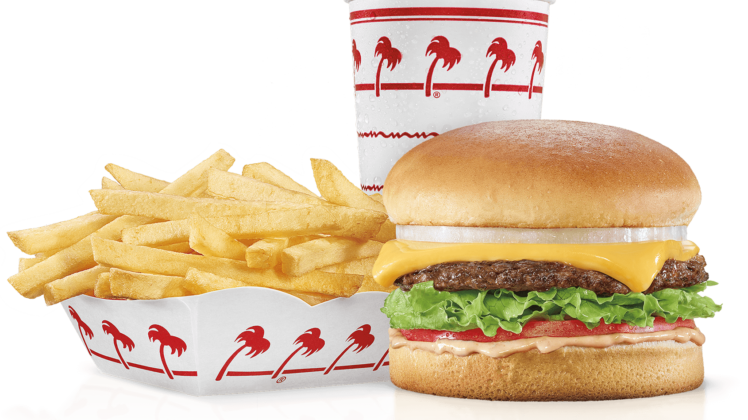 California Democrats have declared war on one of the most popular, family-owned hamburger chains on the West Coast.

Gabe Schneider, a Washington, D.C.-based journalist discovered In-N-Out Burger has been engaged in unseemly, if not downright scandalous behavior.

He then went on to explain that In-N-Out has been donating money (gird yourselves, good readers) to the (no, really – gird yourselves) California Republican Party.

Oh, the humanity. Smelling salts, anyone?

In-N-Out is a beloved hamburger chain based in California and they have a cult following. Their double-double burgers, fresh-cut fries and a legendary secret menu have consistently landed them among the most favorite burger chains in the country.

In-N-Out is owned by a deeply religious family. And they are known for discreetly placing Bible verses on their hamburger wrappers and soft drink cups.

It’s fair to say that In-N-Out is to beef what Chick-fil-A is to poultry.

So when their donation to the California Republican Party was exposed, Democrats and the Mainstream Media lost their lunch.

“Your Favorite Burger Chain Just Donated a Bunch of Money to the Republican Party,” LAMag.com wrote.

Eric Bauman, the chairman of the California Democratic Party called for an immediate boycott.

Animal style, by the way, refers to a popular In-N-Out burger and not an inappropriate Democratic proclivity.

So what – now it’s morally offensive for business owners to back pro-business Republicans in a state that is run by decidedly anti-business lawmakers?

Fortune.com reports that In-N-Out also donated money to a political action committee that supports Democratic candidates who are “considered cordial to businesses.”

I don’t seem to recall any Republicans calling for a burger boycott over that?

In-N-Out has not commented on the controversy, nor should they. It’s their company and they have a right to donate as they see fit.

The Democrats’ attacks on In-N-Out are eerily reminiscent of the Great Poultry War of 2012 – when liberals declared war on Chick-fil-A.

Feathers got ruffled when the company’s owner made comments affirming the biblical definition of marriage. Soon, the restaurant chain was facing a full scale assault from Democrats, the Mainstream Media and Hollywood.

An armistice of sorts was declared thanks to the fine peacekeeping work of former Arkansas Gov. Mike Huckabee. Hundreds of thousands of supporters rallied by vowing to eat more chicken.

But in the ensuing years there have been some minor skirmishes in places like Chicago, Boston and New York City – where Democrat lawmakerstried to stop Chick-fil-A from opening up restaurants. Their nefarious scheme backfired.

All that to say, Democrats should tread carefully. They do not want a beef with California voters over their double-double with special sauce.

I stood with Chick-fil-A during the Great Poultry War and I am proud to stand alongside In-N-Out Burger.

The most effective way to right back is to eat more beef, California (with apologies to the Chick-fil-A cows, of course).