Daily Caller Reporter Getting Death Threats After Being Robbed by Mob 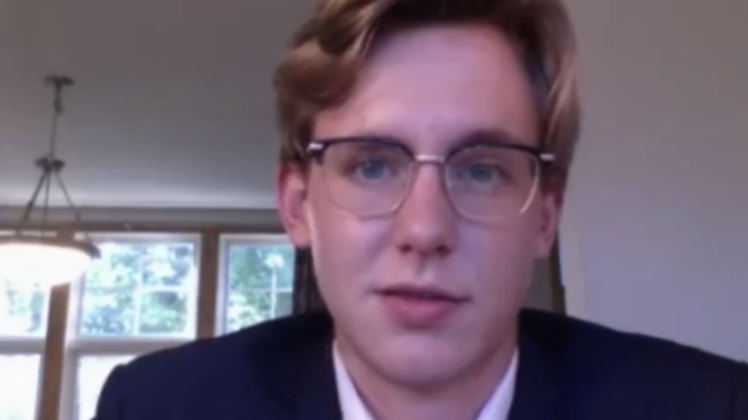 Kyle Hooten, the contributor to the Daily Caller who was robbed at gunpoint during violent protests Wednesday night in Minneapolis, told the “Todd Starnes Show” on Thursday that he has received hundreds of death threats on his Twitter account after posting about the incident.

Unrest broke out in the city on Wednesday after a homicide suspect, who was being chased by officers, fatally shot himself in the head, police said. There were rumors that the suspect had been shot by police, which set off the violent outbreak in the city.

Hooten, who was covering the unrest, tweeted last night, “Just got robbed at gunpoint in Minneapolis for my bulletproof vest and backpack.”

About an hour later, he posted a response that said, “I hope they shoot ya next time.”

Another wrote, “One day one of us will find you. Cheers!”

Hooten said he was threatened that people are actively seeking his address. Dozens posted photos with firearms and said if they find him in the streets of Minneapolis they will shoot him, he said.

“This has even extended to my family,” he said. “They told me that they are going to track down immediate members of my family.”

He said there were even threats to sexually assault family members.

Todd Starnes, the host of the radio program, said it was remarkable that a victim of a violent crime would then face that kind of reaction.

Hooten said any media at these protests are perceived to be against the Black Lives Matter agenda “and they don’t want to be exposed.”

“They’re trying to frighten us into submission,” he said. He said journalists have been targeted with violence. Hooten said that various security groups have reached out and new organizations are considering ways to protect reporters at the scene.

The Daily Caller reported that Hooten was confronted by four men and one man said, “White boys don’t need a bulletproof vest, you’re not the ones getting shot.”

Hooten said that he parted with the bulletproof vest, but tried to keep the assailants from taking his backpack. But he relented after one of the men lifted up a shirt to show the gun.