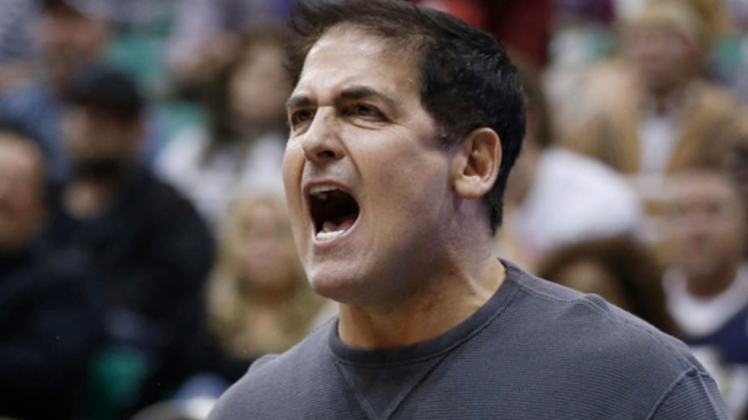 The Dallas Mavericks have decided to no longer play the Star-Spangled Banner before basketball games.

ESPN reports that Cuban made the decision after consulting with NBA commissioner Adam Silver.

Mark Cuban decided before the season the Mavericks would no longer play the national anthem, and it hasn’t been before any of the team’s 13 home games.

It’s the first instance we know of a pro sports team striking the U.S. anthem from the pre-game. https://t.co/VaReFVCu4U

“The Mavericks did not announce the change in policy, but the national anthem has not been played before any of their 13 preseason and regular-season games at the American Airlines Center this season,” ESPN reported.

Cuban did not provide further comment on his unpatriotic decision.

The NBA’s rulebook requires players to stand during the national anthem, but Silver has declined to enforce that rule, particularly as kneeling during the anthem became a popular way to protest social injustice in recent years.

Last year Cuban said hoped he would join players if they disrespected the national anthem.

“If they were taking a knee, and they were being respectful, I’d be proud of them” and that he hoped he would “join them,” he told ESPN.

He later tweeted in response to “The National Anthem Police” that if critics of the nonviolent protest of systemic racism in the United States took issue then they could “complain to your boss and ask why they don’t play the National Anthem every day before you start work.”

While Mr. Cuban may dismiss the Star-Spangled Banner I have no doubt that when push comes to shove he would make his players stand at attention for the Chinese National Anthem.