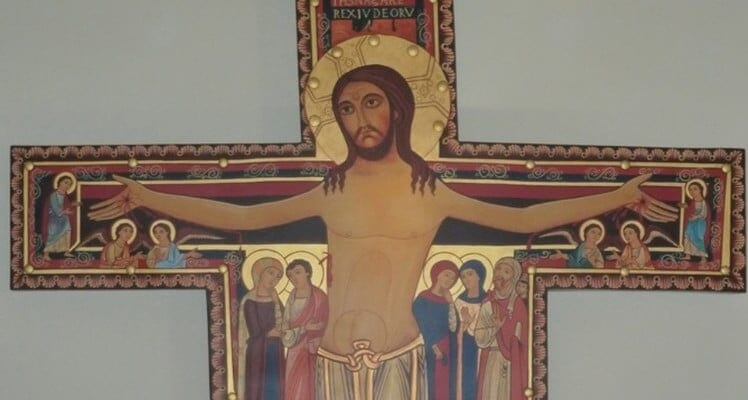 It turns out that Jesus Christ crucified on a cross violates Facebook’s community standards.

Franciscan University of Steubenville said Facebook rejected an advertisement for some of their online programs because the ads included “shocking, sensational or excessively violent content.”

“Jesus in glory, reigning from his cruciform throne,” a school spokesperson wrote. “This is what the monitors at Facebook consider excessively violent, sensational and shocking.”

It should be no surprise that Facebook would intentionally block religious content — they’ve been doing it for years.

In 2017 they blocked several dozen Catholic-themed pages — without explanation. And Evangelical Christians have long been accused of violating Facebook’s community standards.

But it is especially offensive that the social networking giant would target a Catholic school during Easter.

Facebook is no friend to Christians. So what are faith-based people supposed to do?

Well, I have created a weekly newsletter that provides up-to-date information on the fight for religious liberty. And it’s the only way to guarantee that you will not be censored. Click here for a FREE subscription to the Todd Starnes Newsletter.