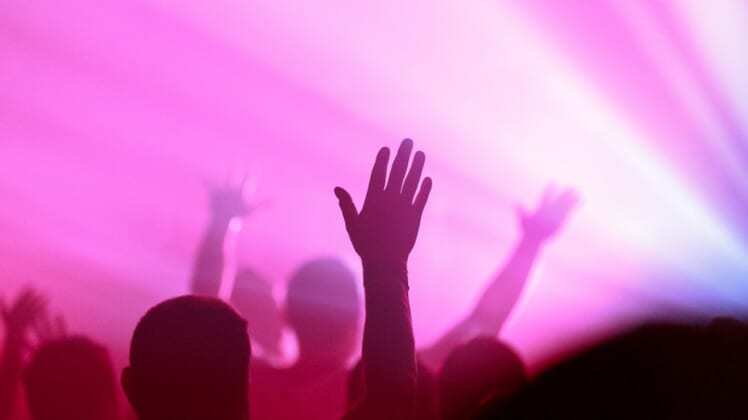 The lead singer of one of the most popular bands in Christian rock music is joining the growing chorus of believers concerned about the dumbing down of the church and the rising influence of so-called “celebrity influencers.”

“There’s a problem here,” Skillet lead singer John Cooper said on The Todd Starnes Radio Show. “We could be doing a much better job in Christendom of not elevating people because they are young, cool or look the right way or sound the right way.”

Cooper wrote a now-viral message on his Facebook page expressing his deep concerns about so-called Christian influencers who are openly renouncing their faith and others who are turning their back on biblical teachings.

“I’m bummed out,” he said. “I’m pleading with the church we can all do a better job of elevating the right people.”

While Cooper did not name names, there has been considerable news coverage given to statements made by Hillsong worship leader Marty Sampson and “I Kissed Dating Goodbye” author Joshua Harris.

Harris publicly renounced his faith in Christ while Sampson publicly said he was “genuinely losing” his faith.

“We must STOP making worship leaders and thought leaders or influencers or cool people or “relevant” people the most influential people in Christendom,” Cooper wrote in a now-viral Facebook post. “We are in a dangerous place when the church is looking to 20 year old worship singers as our source of truth,” he wrote. “We now have a church culture that learns who God is from singing modern praise songs rather than from the teachings of the Word.”

Franklin Graham, the president of Samaritan’s Purse and the Billy Graham Evangelistic Association, was especially troubled by Christian influencers who seek to make headlines by renouncing their faith publicly.

“Shame on them,” Graham said. “You’ll stand before God one day and give an account to Him. God warns churches that turn their back on him and these young men who have renounced their faith have made it so public. Why did they make it so public? I think they just want publicity. Otherwise, why didn’t they just leave their faith and just be quiet about it?”

Cooper said such behavior speaks to the narcissism of social media culture.

“Social media is not your diary,” he said on my radio show. “There are things you can struggle with in your life. You don’t have to say every one of them on your Instagram page.”

Dr. David Wheeler, a professor of evangelism at Liberty University, said he is concerned about the dumbing down of the church.

“We take the flashiest bait out there and so often we end up falling in the wrong direction,” Wheeler said on my radio show. “Students love to worship, but they don’t understand that the heartbeat of worship is obedience to a holy and righteous God. It’s not just an experience. It’s not just an emotion.”

Wheeler suggested that the broader problem facing the church and the culture is an “easy kind of believism” and humanism.

“If you really know the God that I know you wouldn’t want to renounce Him,” the professor said.

To that point, Cooper implored his fellow believers to “rediscover the preeminence of the Word.

“And to value the teaching of the Word. We need to value truth over feeling,” he wrote. “Truth over emotion. And what we are seeing now is the result of the church raising up influencers who did not supremely value truth who have led a generation who also do not believe in the supremacy of truth. And now those disavowed leaders are proudly still leading and influencing boldly AWAY from the truth.”