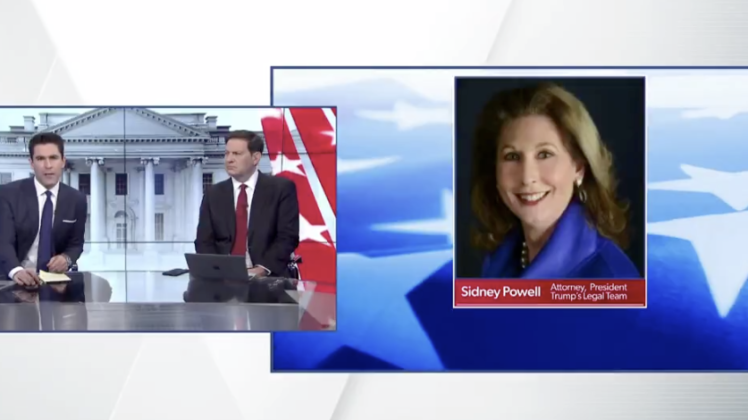 Sidney Powell, a member of President Trump’s legal team, hinted that a promised legal filing in the state of Georgia “will be biblical.”

“Georgia is probably going to be the first state I’m going to blow up,” she said during a weekend interview with Newsmax. “Mr. Kemp and the secretary of state need to go with it, because they’re in on the Dominion scam with their last-minute purchase or award of a contract to Dominion of $100 million.”

“The state bureau of investigation for Georgia ought to be looking into financial benefits received by Mr. Kemp and the secretary of state’s family about that time,” she said.

That claim seemed to surprise one of the Newsmax anchors.

“Just to clarify you’re saying Governor Kemp, who has been a longtime ally of President Trump, is directly involved because of financial benefit in the conspiracy to defeat the president in Georgia,” the news anchor asked.

We have certainly been told there is evidence of that and would warrant an investigation if anybody were actually going to do an honest investigation,” Powell replied.

When the Newsmax host pressed the issue, Powell declined to give any more details.

“Georgia is probably going to be the first state I’m going to blow up … [the filing in the state] will be Biblical”.pic.twitter.com/pU8PVOobzr