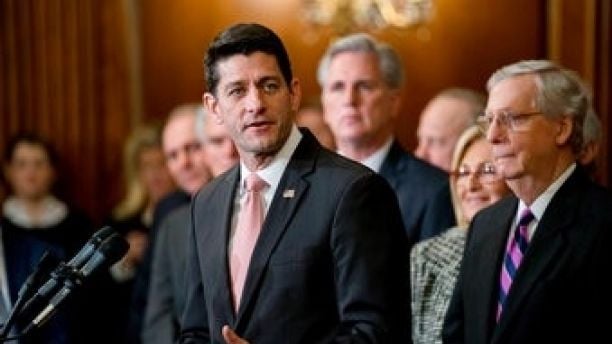 Republican leadership is attempting to force through Congress a massive spending bill that fully funds sanctuary cities along with Planned Parenthood grants. It barely provides any funding for border security.

The House Freedom Caucus stands united in opposition to the spending bill. Here’s their statement:

“The policy proposals outlined in this $1.3 trillion spending bill are not consistent with what we told the American people we would do when they sent us to Washington. Many of the policies in the bill are in fact the opposite of what we promised. This bill barely provides for border security, yet continues to allow federal dollars to flow to sanctuary cities. It includes the ‘Fix NICS’ proposal, without including reciprocity for Americans with concealed carry licenses—something congressional leadership promised would not happen. It also fully funds grants that go to Planned Parenthood while making no changes to reduce Obamacare’s burdensome regulations on America’s families. And on top of the massive price tag, leadership is forcing a vote on this 2,232-page bill in under 36 hours, far from an adequate amount of time to read and analyze it. This is an insult to America’s taxpayers, as well as their many rank-and-file representatives who had no say in the omnibus negotiations.”

“The omnibus spending bill unveiled this evening is an embarrassing rundown of broken promises and leaves zero doubt that Congress has turned its back on its commitments to the American people,” senior policy analyst Justice Bogie said. “For too long, members of Congress have pledged to break Washington’s spending addiction, defund Planned Parenthood, restore regular order to the budgeting process, secure the border and end the failed Obamacare experiment once and for all. This monstrosity does none of those things.”